In the evening of the 27th of November 2019, the musical play ‘Jasiri’ has been performed on stage at the National Museum of Tanzania in Dar es Salaam. This event was co-organized by the French and Belgium Embassies, as part of the 16 Days of Activism against gender-based violence. Four hundred representatives from the government, the civil society, the business community and the development sector attended the event.

On the following day, the 28th of November, with the support of the Embassy of France, Foundation for Civil Society and the NGO Msichana Initiative, 800 kids from schools in Dar es Salaam came to the National Museum to watch the children version of the musical play (“Bahati” – “Jasiri” standing for the adult version of the play) and discuss the meaning and risks of gender-based violence. This initiative was repeated on the 29th of November, at Little Theatre in Dar es Salaam, with 150 children from the French School Arthur Rimbaud and their teachers.

This musical play was created one year ago by the Bahati Art Group. The objective is to raise awareness on the risks of early pregnancies and gender-based violence by describing the challenges faced by many young girls in Tanzania. Thanks to the support of the French and Belgium Embassies, a professional trailer of the musical play has also been produced to support its commercialization. The end goal is that through commercialization, the musical play will provide revenues that will support the artists’ team to perform the play in schools across the country. 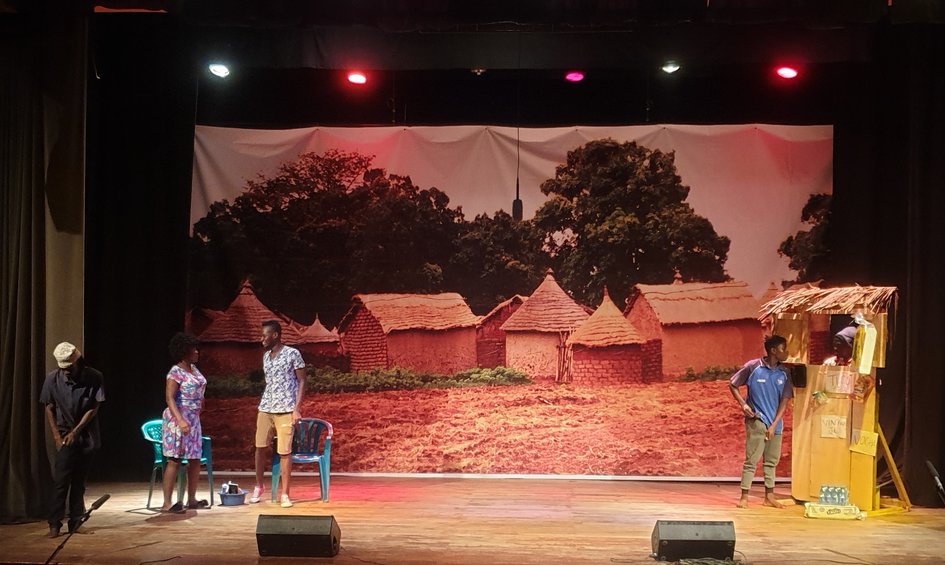 Empowering women and promoting gender equality is not only a basic human right ; it also has a multiplier effect across all other development areas. No society can develop economically, politically or socially when half of its population is marginalized. UN Women reported that in OECD member countries, half of the economic growth over the past 50 years is attributed to girls having better access to education, and increases in the number of years of schooling between girls and boys.

France’s priority of women and children’s rights is reflected in its international agenda. Since 2006, together with The Netherlands, France proposes to the General Assembly of the United Nations a resolution on gender-based violence every two years. In 2018, France adopted a new international strategy for equality between women and men. The objective is to increase our public development aid on gender-related projects by 50% by 2022. By then, the French Development Agency will have also reached the threshold of 700 million euros of programs aiming directly at reducing gender inequalities. In addition, in 2019, France has increased its contribution to UN Women and Paris will host the platform Beijing +25 in July 2020, under the auspices of UN Women. Here in Tanzania, 50% of France’s support to civil society is dedicated to projects on women empowerment.