16 Days of Activism against Gender based violence [fr]

On Monday, November 22nd, 2021, EU Delegation, France, Ireland, Denmark, The Netherlands, Germany in partnership with UNFPA and UN Women Representatives addressed media to present the programme of this year’s 16 Days of Activism against GBV in Tanzania. The campaign run from November 25th to 10th December to coincide with the Wold Human Rights Day. 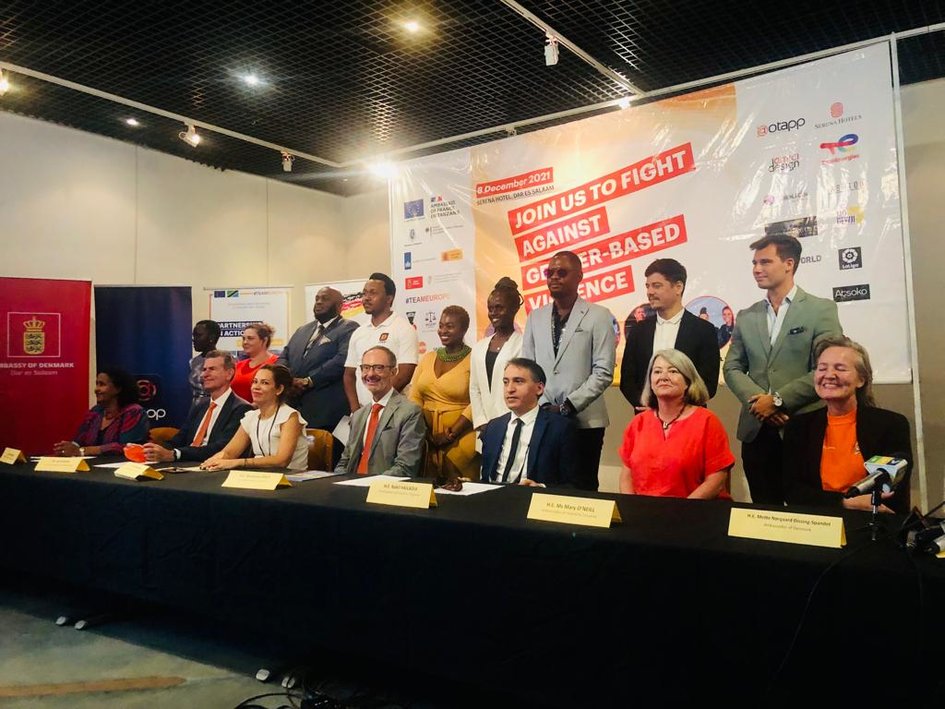 French Ambassador H.E. Nabil Hajlaoui emphasized that violence against women is a violation of human rights; All women, girls, men and boys in all their diversity should take a stand against any breach of human rights.

Several public events will be organised for 16 days by national stakeholders, UNFPA and UnWomen.

The celebrations will conclude with a large fundraising concert to fund 6 local NGOs in the regions most affected by gender-based violence (including Dodoma, Shinyanga, Mara, and Zanzibar) on Wednesday, December 8 at the Serena Hotel. This concert will bring together more than 30 artists, activists, feminists, sportsmen, committed to gender equality: Shikandoto All-stars, Seghito, Beja Music, Siti and the Band, Ben POL, Nandy.