70 years of the Declaration of Human Rights [fr]

December 10, International Human Rights Day, this year marks the 70th anniversary of the Universal Declaration of Human Rights, signed in 1948 at the Palais de la Chaillot in Paris. To celebrate this anniversary, the Embassy of France and the Embassy of the kingdom of Belgium in partnership with the UN Resident Coordinator organized a day in this honor at the Alliance Française in Dar es Salaam. 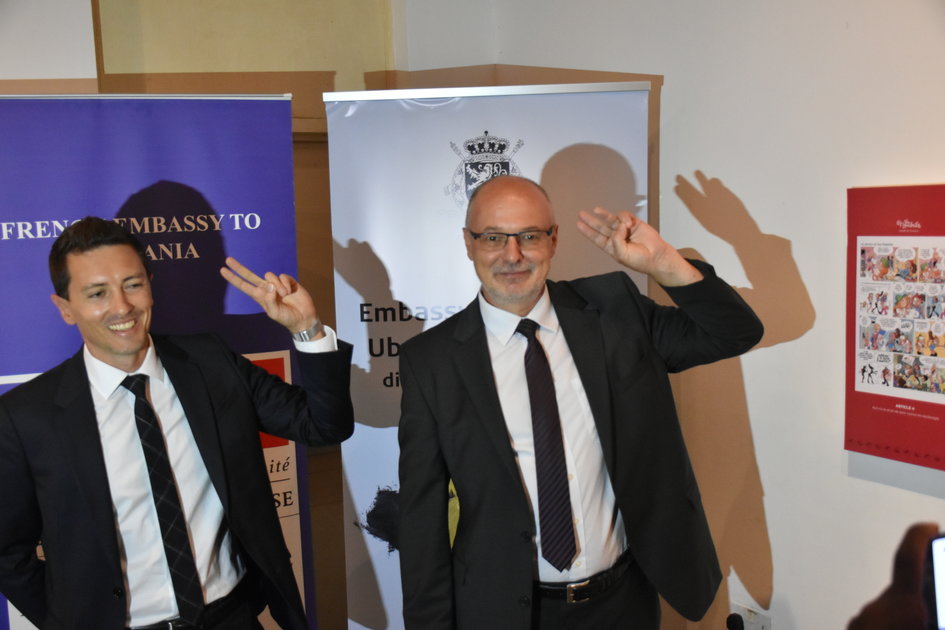 The Ambassador of Belgium, S.E. Mr Peter Van Acker, and the Chargé d’Affaires of the French Embassy, Alexandre Peaudeau, at the opening of the exhibition

On this occasion, an exhibition "The Universal Declaration of Human Rights, an ideal for all peoples", was inaugurated at the Alliance Française of Dar es Salaam. This exhibition was created by the Office of the United Nations High Commissioner for Human Rights and the journal Spirou. The first panel explains the context of this exhibition:

"In 2018, we celebrate the 70th anniversary of the Universal Declaration of Human Rights. Written in the aftermath of the Second World War, this founding text is just as relevant today as it was in 1948.

The SPIROU Journal joins the anniversary campaign launched by the Office of the United Nations High Commissioner for Human Rights with a special issue in which the great talents of the comic strip illustrate the 30 articles of the Universal Declaration.

In order to convey as widely as possible the values enshrined in the Universal Declaration of Human Rights, the comic strip, with its graphic and playful character, is an ideal means of communication to reach a wide audience. "

You can visit this exhibition at the Alliance Française until January 19, 2019, but also download it online on https://www.spirou.com/onu/ 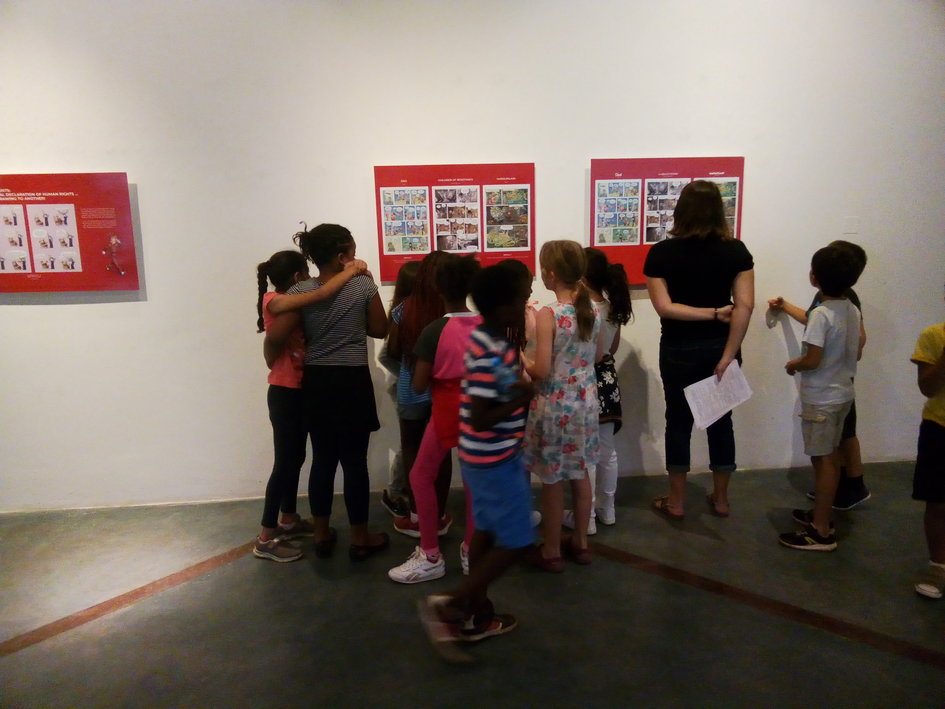 Thanks to the Association of French Teachers of Dar es Salaam (DAFTA), six Tanzanian public schools that teach French were able to participate in this day of December 10th. The French school Arthur Rimbaud also participated in this beautiful day. In total nearly 300 students and twenty teachers were able to see the exhibition and discuss the 30 articles of human rights at the Alliance Française throughout the day. 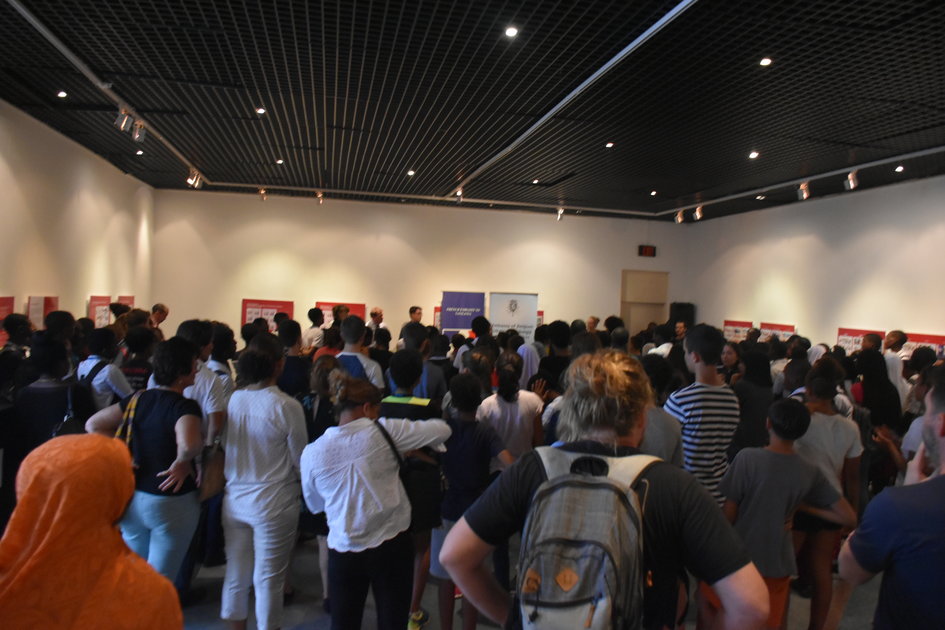 Six participants pleaded in front of 150 students and teachers

Six middle and high school students were able to express themselves on the subject of Human Rights during a pleading contest in front of 150 students and teachers. Their performances were warmly welcomed by the public. 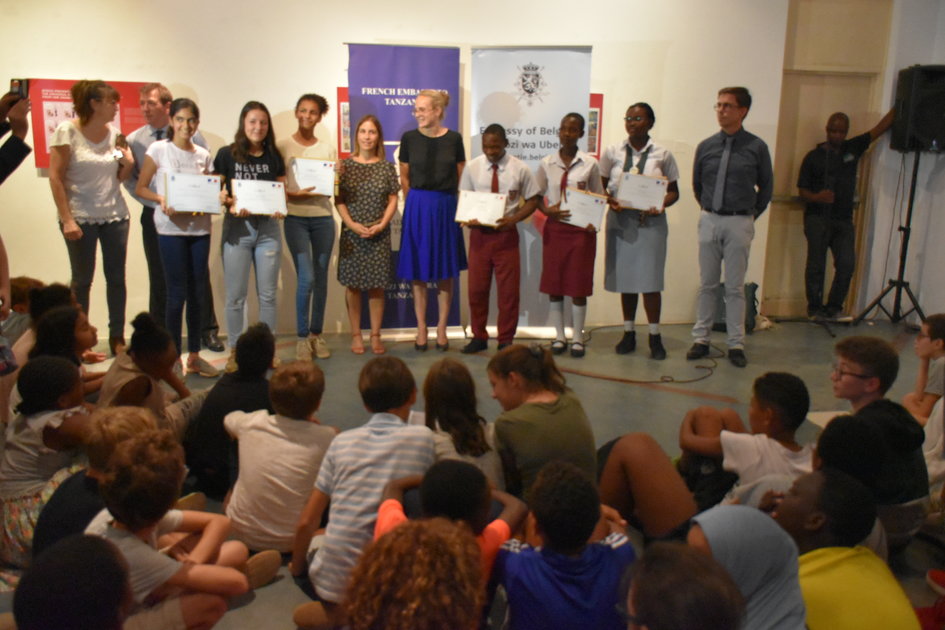 The six participants receiving their certificate and lots from the Head of Cooperation and Cultural Affairs of the Embassy of France, Cécile Frobert, and the Second Secretary of Embassy of the Kingdom of Belgium, Jasmien De Winne

Opening of the exhibition on the evening of December 10: The Ambassador of Belgium and the Chargé d’Affaires of the French Embassy recalled the importance of this commemoration to an audience of Tanzanian guests, diplomats and journalists. 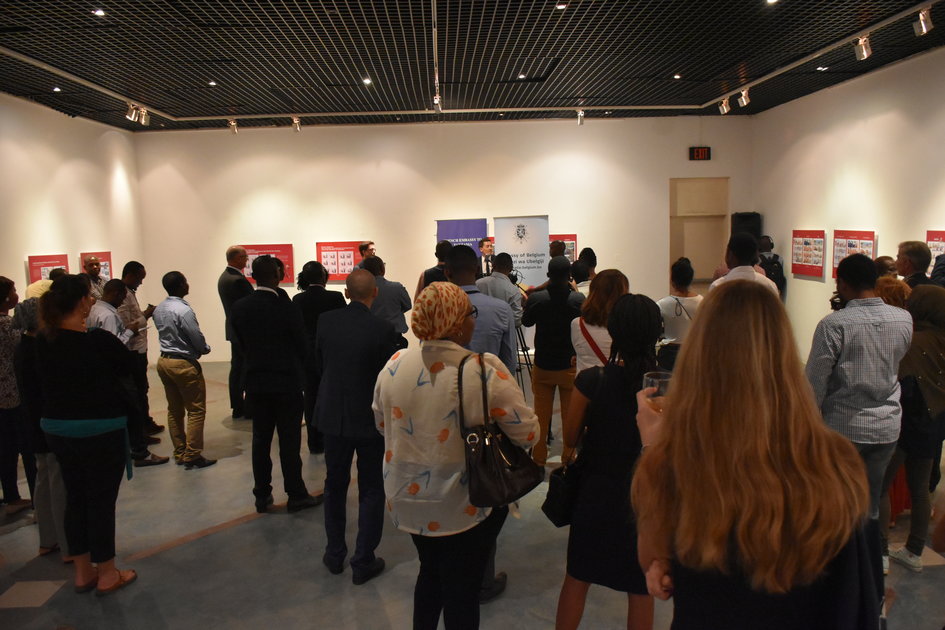