The French Embassy in Tanzania celebrated the French National Day at the Résidence de France as every year on July 14. In view of the context of the global health crisis due to the Covid-19 epidemic, this celebration respected this year a sober and symbolic format. Masks and hydro-alcoholic solutions were made available to participants, invited to respect barrier gestures and social distancing.

The French Ambassador, H.E. Frédéric Clavier, gathered around him a few guests, who have been particularly mobilized since the beginning of the crisis in Tanzania.

The French community was represented by the members of the Security Committee of the Embassy who played an active role in the management of the crisis: the lead doctor, Dr. Bervas, who mobilized since March to advise the Embassy on health issues and accompanied our nationals who contracted the virus; our honorary consuls in Arusha, Marc Basseporte, and in Zanzibar, Yves Montel, who have together with the Consulate provided assistance to the thousand French tourists in difficulty with the scarcity and later the suspension of international flights from March to June; and finally our “wardens” who ensured an essential relay for information between the French Community and the Embassy.

The French business community was represented by the Director of the Chamber of Commerce, Christophe Darmois and several French Foreign Trade Advisers (CCEF), who also mobilized at the start of the crisis to donate medical equipment to Tanzanian healthcare workers through the NGO Doctors of the World / Médecins du Monde.

H.E. Frédéric Clavier and Minister Hon. Assan Zungu, together with the representatives of the French community in Tanzania.

The diplomatic corps was represented by European ambassadors, the United Nations Resident coordinator and the representative of Aga Kahn Foundation, in order to express the solidarity of Europe and of the international community alongside Africa and Tanzania.

H.E. Frédéric Clavier and Minister Assan Zungu, together with ambassadors.

Tanzanian civil society was mainly represented by actors of the health sector (in particular the Aga Kahn hospital which received a subsidy of 300,000 euros from AFD to finance a field hospital, and Doctors of the World) and tourism ( notably the airlines which participated in the repatriation of the thousand French tourists stuck in Tanzania during the crisis). The Ambassador recalled in his speech (in full below) the mobilization of France alongside Africa and Tanzania in this crisis, recalling the various actions of the Embassy and the French community in Tanzania. A minute of silence was observed in tribute to the victims of the epidemic.

The Tanzanian authorities were represented by the Minister of State for the Union and the Environment, Hon. Mussa Zungu, previously Chairman of the Parliament’s Defense and Foreign Affairs Committee. In his speech (in full below), the Minister stressed the gratitude of the Tanzanian government towards our country and the importance and diversity of our cooperation, contributing to the country’s development goals. He also stressed that France was the first country to organize a celebration of its national holiday in Tanzania since mid-March and the start of the epidemic and that the Tanzanian authorities saw this as a sign of our solidarity. 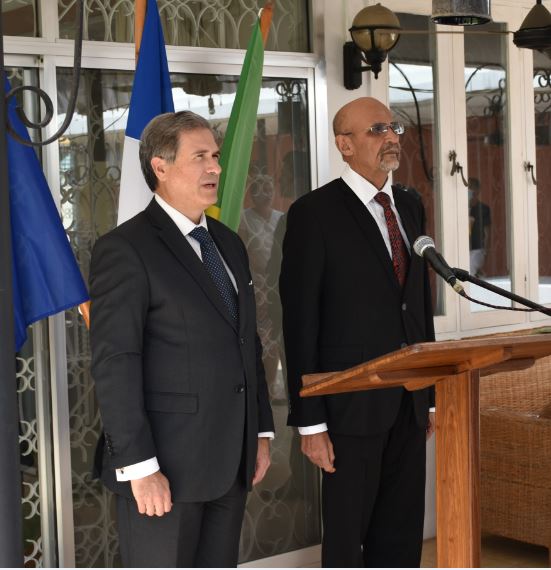 H.E. Frédéric Clavier and the Minister of State in charge of the Union and the Environment, Assan Zungu. 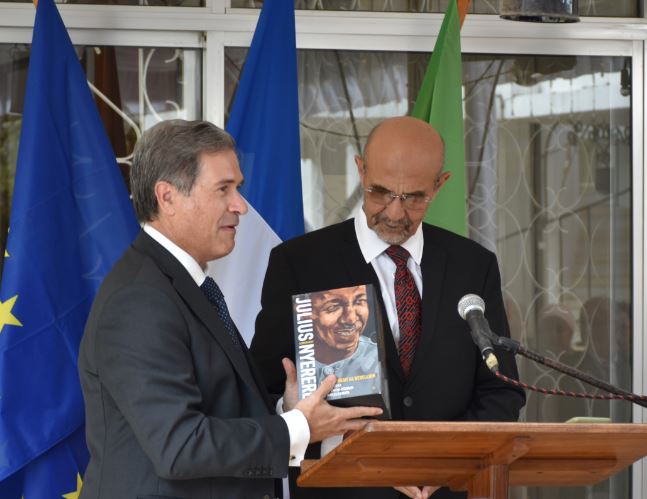 A young Tanzanian photographer, Rania NASSER, 17, presented to the Ambassador and the Minister her work on Zanzibar, which will be exhibited in full at the Alliance Française in Dar es Salaam in August. 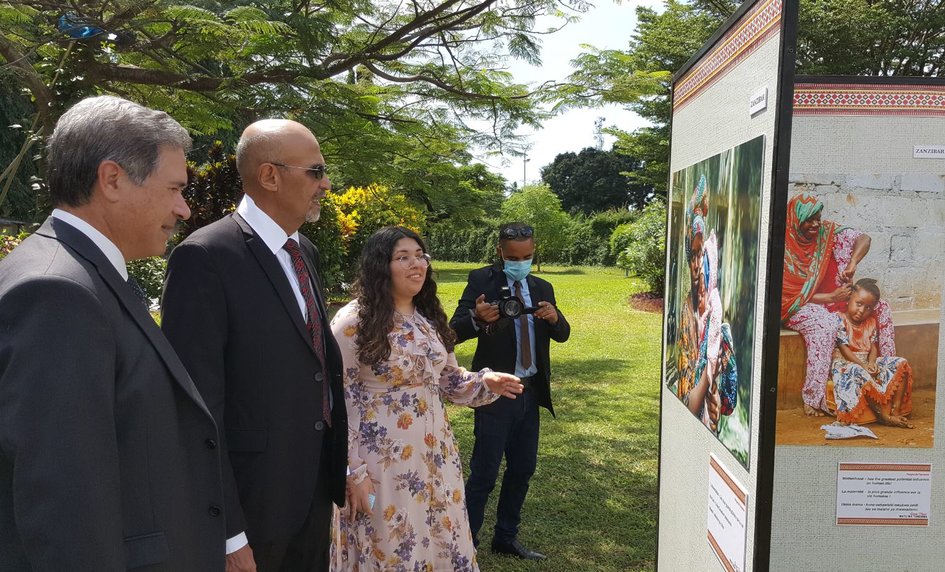