This important event gathered more than 400 people: French nationals and Tanzanian personalities of the political, economic, cultural, associative and artistic scene, including numerous Francophones and Francophiles. 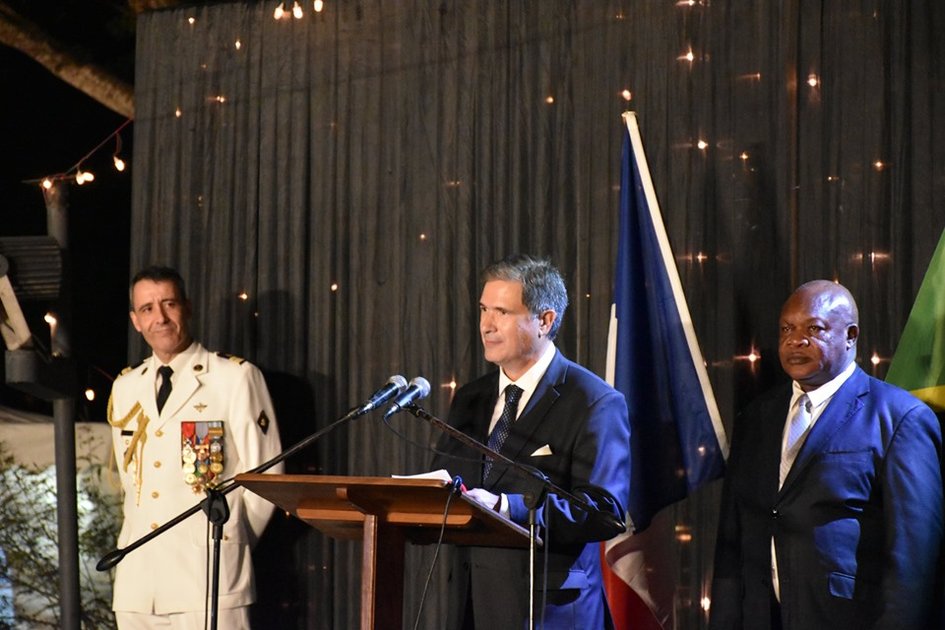 H.E. Frédéric Clavier giving a speech in front of his guests

In his official speech, H.E. Frédéric Clavier praised the stability and social and religious cohesion of Tanzania and reaffirmed our common desire to deepen and develop our bilateral relations. He recalled France’s support for President Magufuli’s goal of making Tanzania a middle-income country by 2025, which is reflected in the doubling of AFD’s annual support of 60 to 120 million euros per year and in the Embassy’s support for the development of French private investment in Tanzania. Our efforts also go to young people with the strengthening of academic cooperation between our two countries and a large and varied support to multiple organizations of civil society. 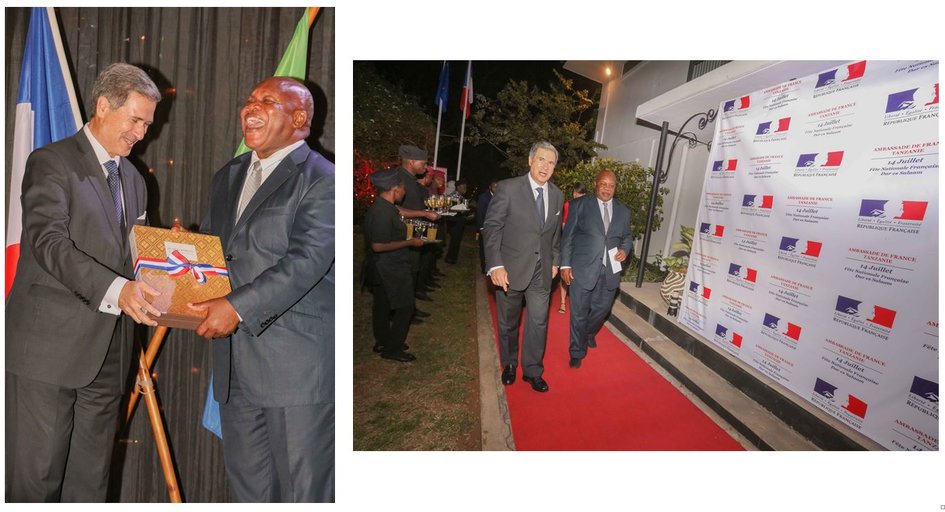 H.E. Frédéric Clavier together with his Guest of Honour, Hon. Isack Aloyce KAMWELWE, Minister for Works, transport and communication.

Guest of Honor, Minister of Works, Transport and Communication, Hon. Isack Aloyce KAMWELWE praised the quality of the bilateral relationship between France and Tanzania and paid tribute to the many French initiatives in Tanzania, particularly in the key water sector, which he had particularly appreciated as Minister of Water and Irrigation.

Our guests enjoyed a festive celebration with Tombola and Bastille Day party.

The evening continued with a fashion show with creations specially designed for the event and several of our guests left the lucky winners of our raffle with exceptional prizes donated by our sponsors.

A DJ from France, DJ Thow, then heated up his turntables with French and international titles and the dance floor did not empty until late into the night.

Speech of the Ambassador of France: