In the context of the European Climate Diplomacy Day, the French and German Embassies and the Delegation of the European Union organized in partnership with the Centre for Climate Change Studies of the University of Dar es Salaam, an afternoon of exchanges on the challenges linked to the 21st Conference of Parties to be held in Paris in December 2015, and on the participation of Tanzania.

After the introductory remarks by Professor Rwekaza S. Mukandala, Vice-Chancellor of the University of Dar es Salaam, Her Excellency Mrs Malika Berak, Ambassador of France, reminded the audience the importance of reaching an ambitious and legally binding agreement in Paris because of the emergency situation we are facing because of climate change and environmental degradation... 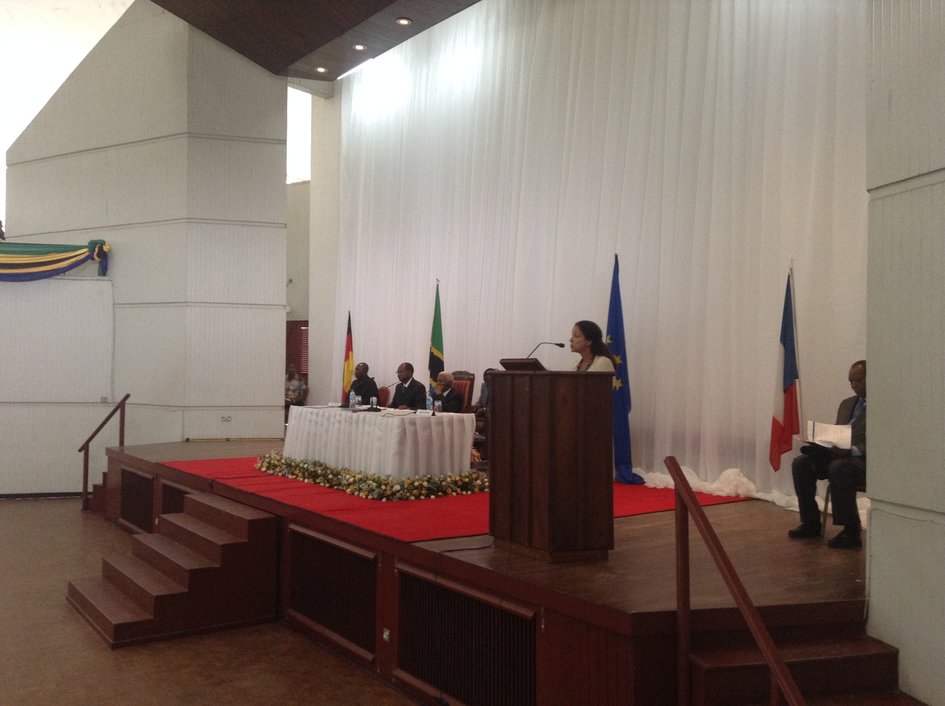 The Vice-President of the United Republic of Tanzania, Doctor Mohammed Gharib Bilal, called upon all stakeholders in African societies to make commitments for a transition towards a green economy, not only to set an example but first and foremost because Africa is going to be particularly affected by the impact climate change, already perceived by the people... 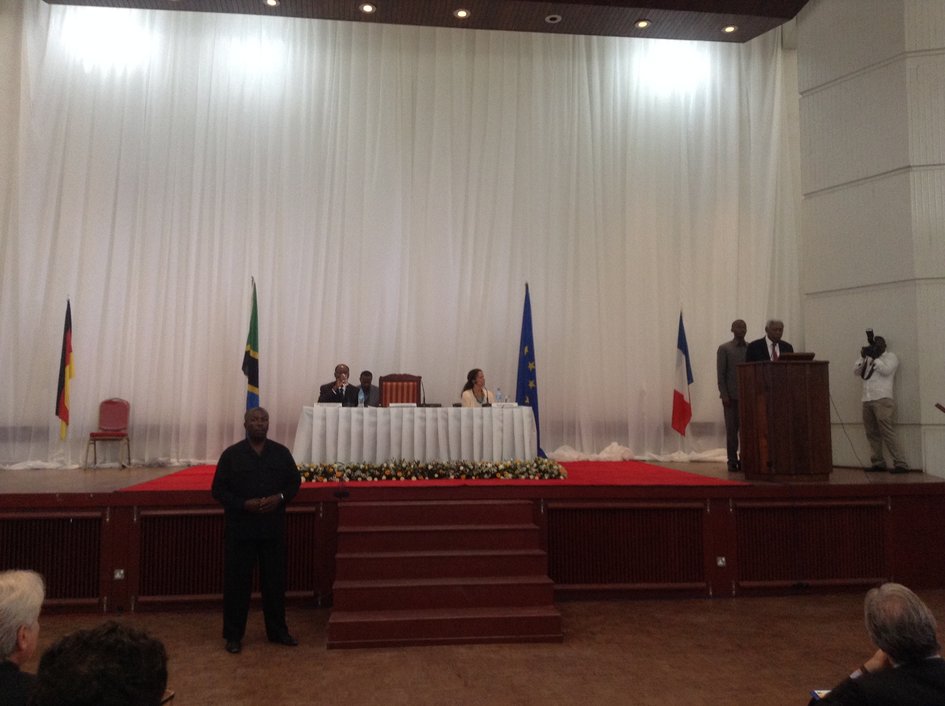 A high level panel discussion took place after the opening remarks, on the topic: “The Road to COP21 for Europe and Africa: addressing challenges, harnessing opportunities”. Participants were:

The debate was moderated by Philippe Boncour, Head of Cooperation and Cultural Affairs at the French Embassy.

The German Ambassador provided the audience with his concluding remarks on the panel and some recommendations... 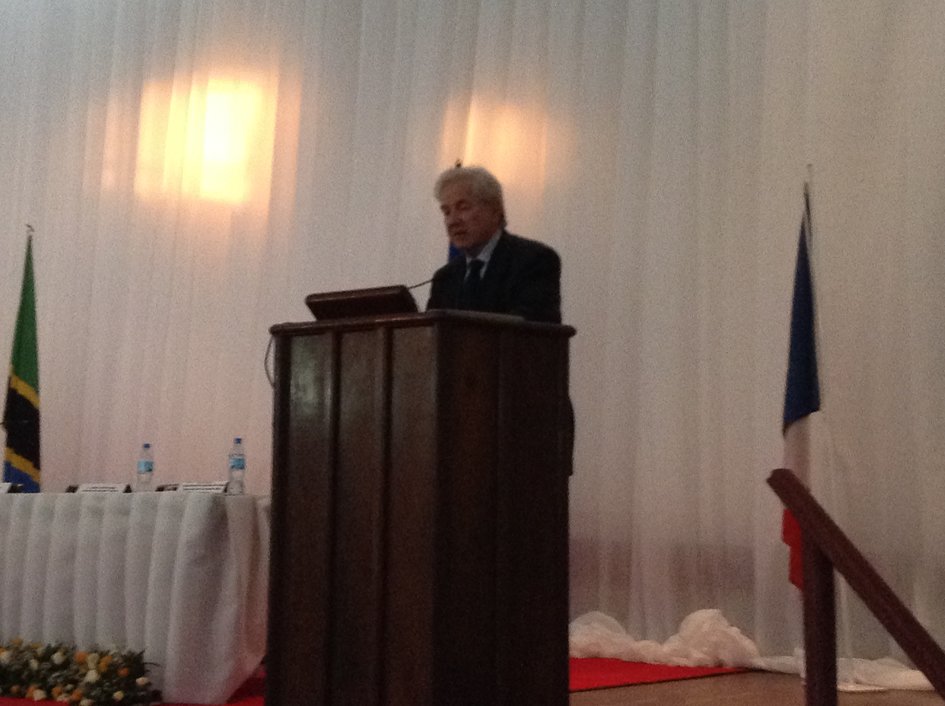 H.E. Mr Egon Kochanke, Ambassador of the Federal Republic of Germany to Tanzania

The panel was followed by the official signing of 5 grants under the GCCA - EU Global Climate Change Alliance to civil society organizations for a total of EUR 8 million.