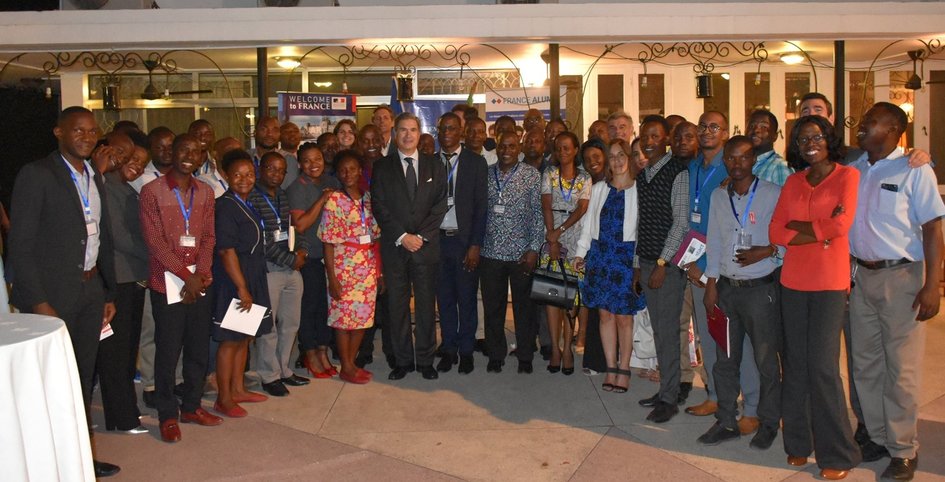 The objective of the evening was to bring together Tanzanians who have studied or worked in France and students who are going to study in France, in order to consolidate the France Alumni network. The French and Tanzanian companies present had the opportunity to meet the Alumni whose experience in France and knowledge of French language and is an added value.

This meeting will be held annually at the Ambassador’s Residence in order to perpetuate the links created and animate the network through the organization of cultural and professional activities around France.

Finally, this reception was the occasion to announce the first French-Tanzanian Higher Education Fair on December 14th, 2019 at the Julius Nyerere International Convention Center in Dar es Salaam in the presence of representatives from French and Tanzanians higher education.