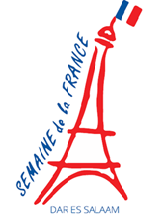 From 3rd to 6th April 2017, the French Embassy in Tanzania will host the first “Semaine de la France” in Dar es Salaam. This private sector driven forum will be held at the National Museum, it aims at strengthening and nurturing trade initiatives whose ultimate goal is to improve the two countries’ business partnership. The event will focus on sectors that will support the Tanzania strategy of industrialization: Energy, including Renewable Energies, Transport, Digital solutions and will seek how to provide capacity building to local businesses. More than 200 people are expected to participate, including at least 50 French and Tanzanian companies. Tanzanian students from universities and technical high schools of Dar es Salaam have been invited. Hand in hand with Tanzania officials and businesses, this event will be an opportunity to share French tracks records and expertise. French companies will present their technical offers, promoting value for money, high standard level, comprehensive approach and capacity building. Tanzanian officials will share their vision of Tanzania sectorial development strategies. The dialogue will be organized through stakeholders roundtable discussions and workshops.

Being Africa’s historical and economic partner, France has the oldest development agency in the world: the Agence Française de Développement (AFD), which has celebrated its 75th birthday in 2016. On the private side, French companies are traditionally very active in Western and Central Africa, with a market share of more than 20% in some countries. French companies are increasingly attracted by East African dynamic economies. Tanzania, with its diversified opportunities and impressive growth rate, is in pole position in the region. The “Semaine de la France” will strengthen this trend by bringing together French companies that have been established in Tanzania for many years and new comers that are discovering this emerging market. In order to make the discussions as concrete as possible, French public sector representatives from the French Ministry of Finance, the Agence Française de Development (AFD) and the French Public Bank for Investment (BPI France) will also present the financing tools and leverages that can be mobilized for projects implementation in Tanzania.

The first “French Touch” business forum in Tanzania will welcome all business stakeholders who are keen on networking with French businesses, building win-win partnerships or exchanging views on the way French expertise can be useful to Tanzania’s development.