The Ambassador of France to Tanzania H.E. Frédéric CLAVIER is pleased to have received the visit to Tanzania of three French Senators from the France-Tanzania Friendship group of the Senate - Mr. Ronan DANTEC, Mr. Cyril PELLEVAT and Mr. Bernard JOMIER.

This visit, meant to enhance dialogue with local actors and representatives of the country, embodies the new impetus of the France-Tanzania relationship decided by our two governments during the high level political dialogue held in Paris last June.

This new step comes after:

the visit to Tanzania, last April, of the MEDEF International delegation comprising of 30 French companies which was regarded as a signal of growing confidence of French investors to Tanzania as a great investment destination;

the high profile political dialogue in Paris last June, led by the Permanent Secretaries of the two ministries of Foreign Affairs, formalized the common will of France and Tanzania to enhance the bilateral relations in all its dimensions.

It is a positive indicator that France is optimistic about the future of Tanzania and wishes to strengthen bilateral ties.

On the 10th and 11th September, the French Senators delegation was in Dodoma to meet the Speaker of the National Assembly Hon. Job Ndugai and various parliamentarians: Hon Mussa ZUNGU, Chairman of Foreign Affairs, Defence and Security, with Hon. Nape Moses NNAUYE, Chairman of Land, Natural Resources and Tourism, and Hon. Emmanuel Adamson MWAKASAKA, Parliamentary Ethics and Powers. These friendly meetings opened the way to expand parliamentary diplomacy between French and Tanzanian legislatures. 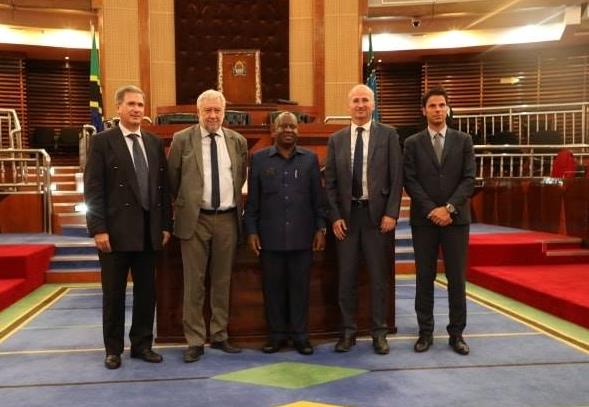 On Thursday the 13th and Friday the 14th, the delegation was in Dar-es-Salam to meet various French actors based in Tanzania and contributing to the vibrant bilateral relation like the French Foreign Trade Advisors residing in Tanzania and the renowned French NGO Médecins du Monde - a humanitarian organization providing medical care to vulnerable people. 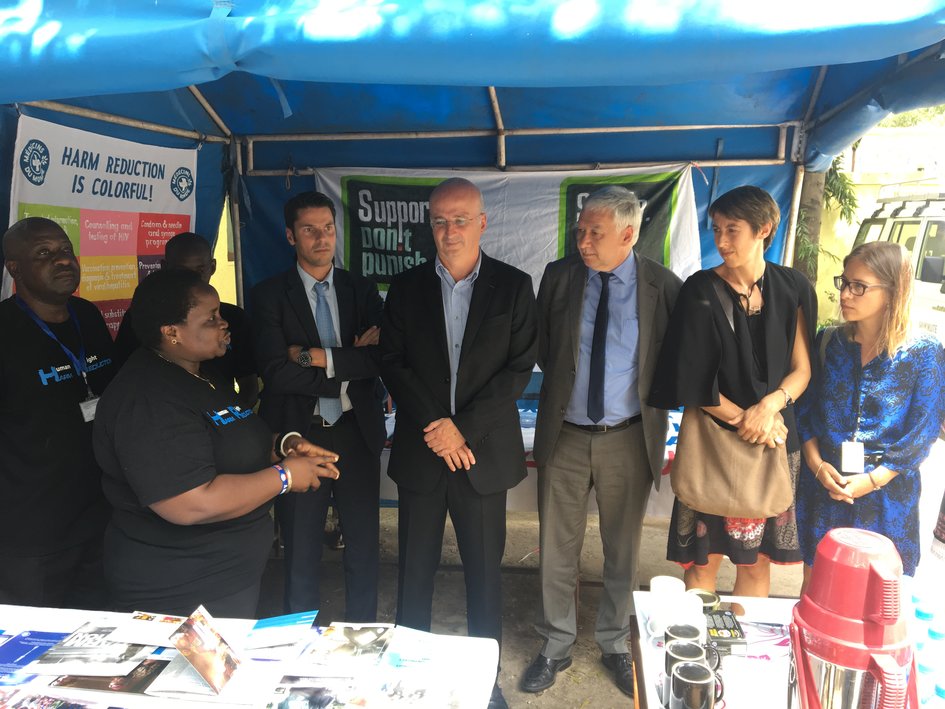 They also visited the local French institutions such as the French School Arthur Rimbaud at Oysterbay and the French cultural Centre Alliance Française of Dar es Salaam. They had the opportunity, during a cocktail function at the French Residence, to exchange with the members of the significant French community residing in Tanzania. 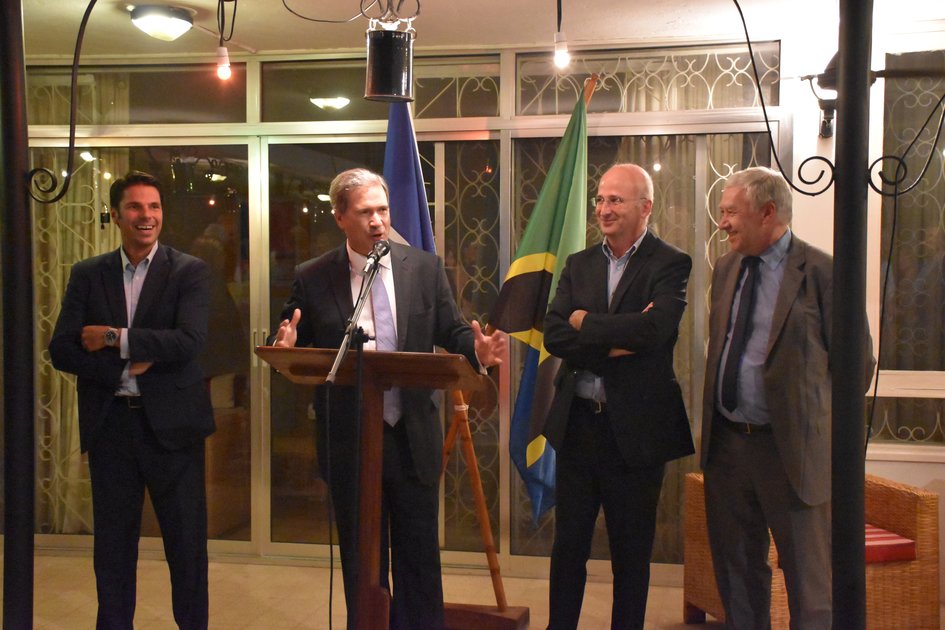 H.E. Frederic Clavier greeting his guests at the Residence of France. 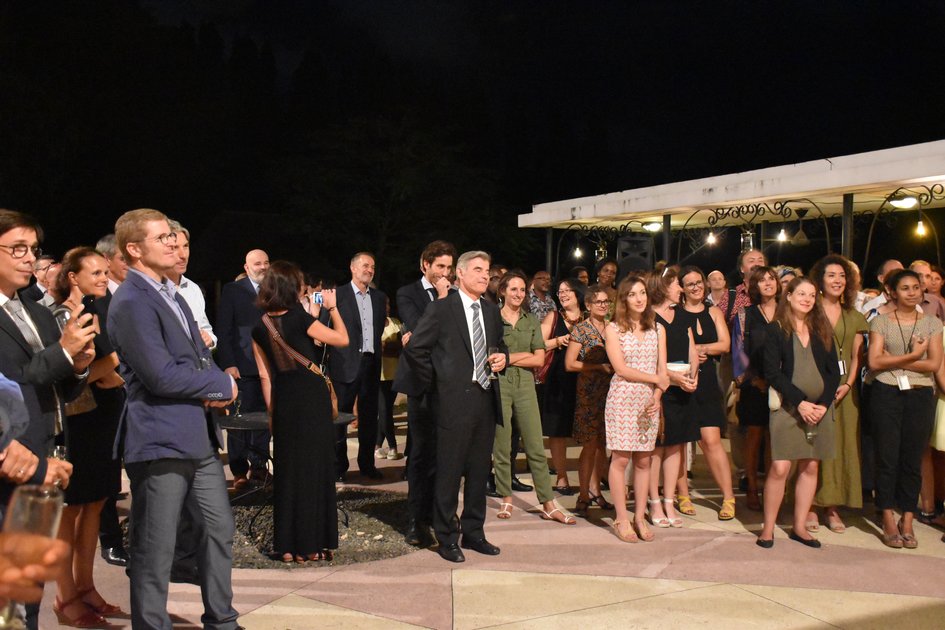 The French Community gathered around the Senators at the Residence of France.

On Friday the 14th September, the delegation visited the French Development Agency (Agence Française de Development (AFD) offices - an inclusive public financial institution that works hand in hand with Tanzania supporting a number of initiatives to make life better for Tanzanians. They also visited the Aga Khan Hospital and the National Museum of Tanzania.

While in Dar es Salaam the delegation also met with representatives of the Tanzanian civil societies, especially the Foundation for Civil society (FCS) – France’s key partner in the development field. Together with Forum CC and the Center for climate change studies (at UDSM), they discussed the various projects (environmental governance and youth participation, green energy) and support to the most vulnerable populations (fostering income-generating activities for women and youth) that France finances in the field of climate change mitigation and adaptation.

On Saturday 15th September the delegation travelled to Zanzibar to visit the Association Franco-Zanzibarite (AFZ), a centre promoting French language and French culture in Zanzibar.

The French Senators one-week visit to Tanzania is one step further to cement and deepen the relations between France and Tanzania.