The 27th edition of the Tanzanian water week took place in Mara region, in northern Tanzania, March 16th to 22nd 2015. The French Development Agency (AFD) funds two projects in that region for a total amount of 85 M EUR. These investments contribute to the development of water and waste water treatment in the towns of Mwanza, Musoma, and Bukoba.

At the invitation of the Minister of Water, S.E. Mrs Malika Berak, Ambassador of France in Tanzania, and Mr Emmanuel Baudran, AFD Country Representative, participated in the closing ceremony of the 27th national water week, in Musoma. 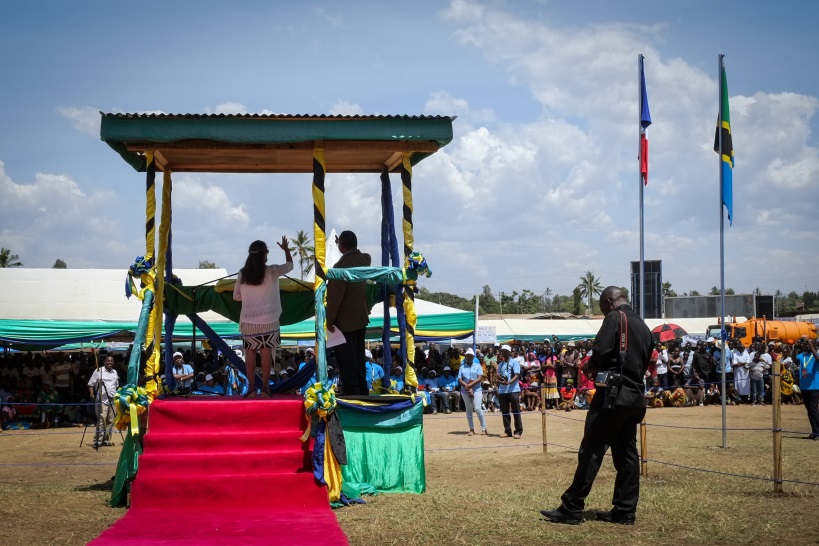 H.E. Malika Berak’s speech to the guests of the Ceremony of the 27th National Water week, with Jumanne Maghembe, Minister of Water

For this occasion, a commomerative plaque for the launching of the water and sanitation project funded by AFD, the European Investment Bank, and the European Union was presented by Mr Mohammed Gharib BILAL, Vice-President of the United Republic of Tanzania, and Mr Jumanne MAGHEMBE, Minister of Water. 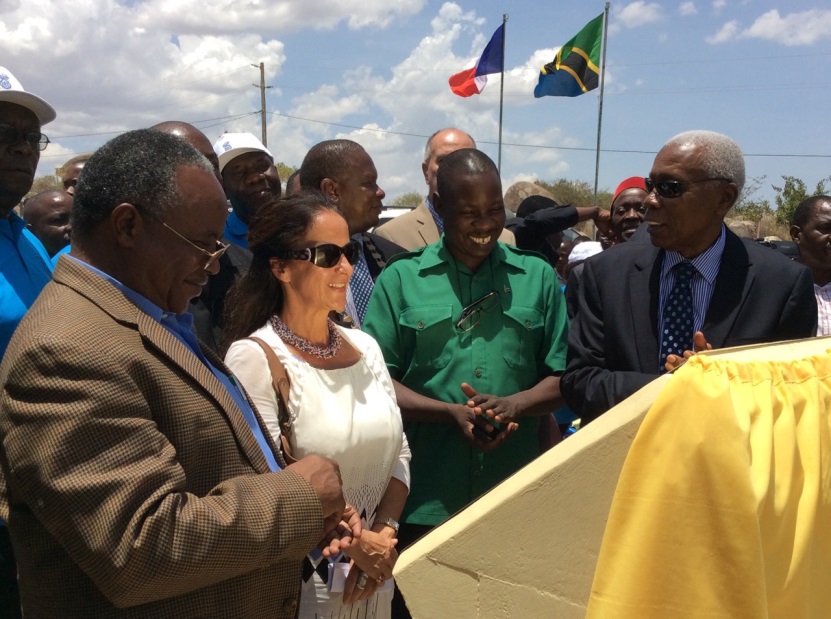 Installation of the commomerative plaque for the launching of the water and sanitation project funded by AFD, EIB and EU 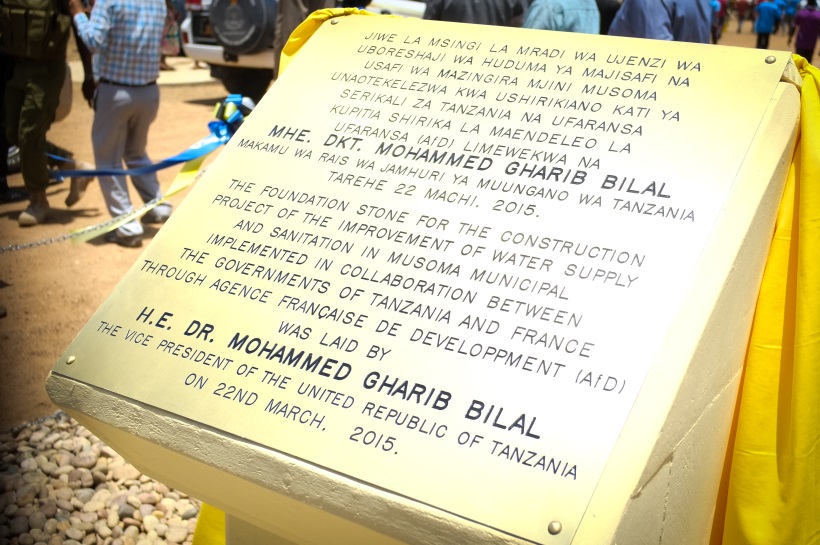 S.E. Mrs Berak and Mr Baudran also had the opportunity to visit current installations, such as the pumping station and drinking water production plant, in Mwanza 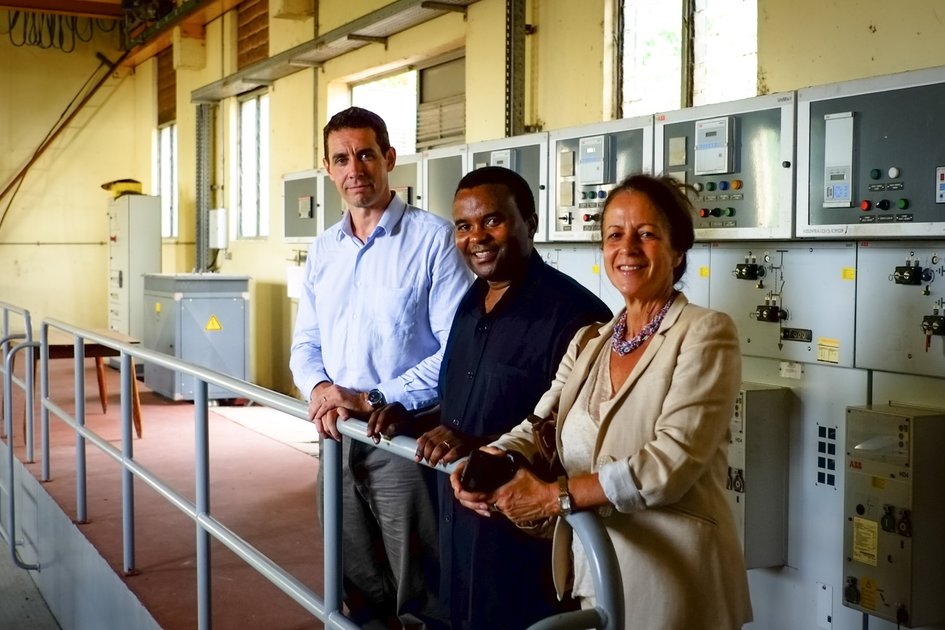 Visit of the pumping station with Mr. Anthony Sanga, Director of the water services of the city

This visit highlighted the importance that France and AFD gives to improving the quality of life of local population, especially regarding access to clean drinking water, adequate sanitation and preservation of precious natural water resources such as Lake Victoria. Such initiatives are essential to the region’s adaptation to climate change. 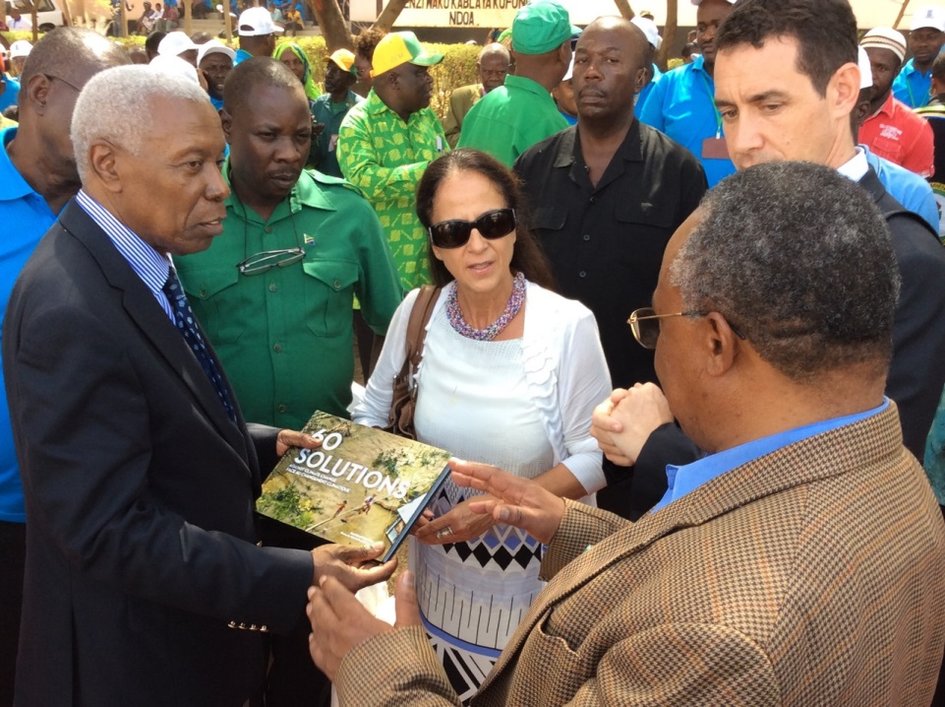