The Kilimanjaro International Institute for Telecommunications, Electronics and Computers (KIITEC) officially opened its 30 KW solar power plant and solar laboratory at its training center in Moshono, Arusha, on 23 September 2017, in presence of HE Malika Berak, Ambassador of France to Tanzania, guest of Honor.

The event brought together Tanzanian officials, such as Mr Daniel Mtana, representative of NACTE (National Council for Technical Education), and private sector partners, including Schneider Electric East Africa, the Schneider Electric Foundation and EDF (Electricity of France) Foundation, which have mainly financed the solar farm. Two of KIITEC “pillars” were also present: the French organization ADEI (Action-Développement-Education- International), an international NGO created by volunteer engineers, teachers and entrepreneurs committed to transfer know-how to developing countries and FTE (Foundation for Technical Education), a foundation based in Geneva. 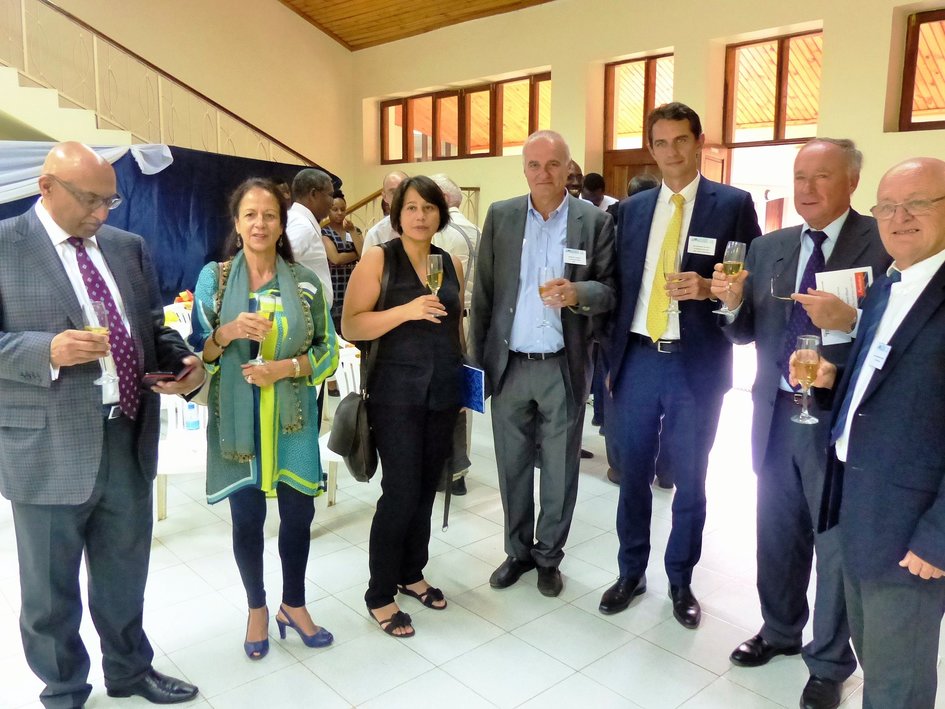 With the solar plant and laboratory, KIITEC adds a “green” value to its high-tech platform which offers high-quality training in several sectors such as electricity, automation, telecommunications and computer networks. KIITEC also helps vocational and community vocational training centers, especially targeting disadvantage students. With the aim of becoming one of the best performing centers in High Tec, KIITEC promotes excellency and inclusion. KIITEC, which is keen to develop partnerships, is working with academics, such as the University of Grenoble, the private sector, including French companies and multilateral development partners to duplicate and extend the model.

The French Embassy to Tanzania is committed to promoting such a fruitful and promising French-Tanzanian partnership.

France has been very much involved in the Climate Conference organized in Paris in December 2015 (COP 21). During the Conference, 193 countries adopted the first-ever universal legally binding climate agreement, which defines an international plan of action to tackle climate change at global level, aiming to keep global warming below 2°C. Tanzania will need more and more professionals in the renewable energy sector to support climate action initiatives.