Launch of France Alumni in Tanzania

The launch of the France Alumni in Tanzania network took place at the Residence of France on the 21st of October 2016, with the participation of many alumni and former scholarship holders. The online platform is already accessible on www.tanzanie.francealumni.fr

In presence of the founding members of the Cercle Franco-Tanzanien, friendship group of launched by the French Embassy, of representatives of the French foreign trade counsellors as well as Tanzanian personalities, the launch of France Alumni took place at the Residence of France on the 21st of October. 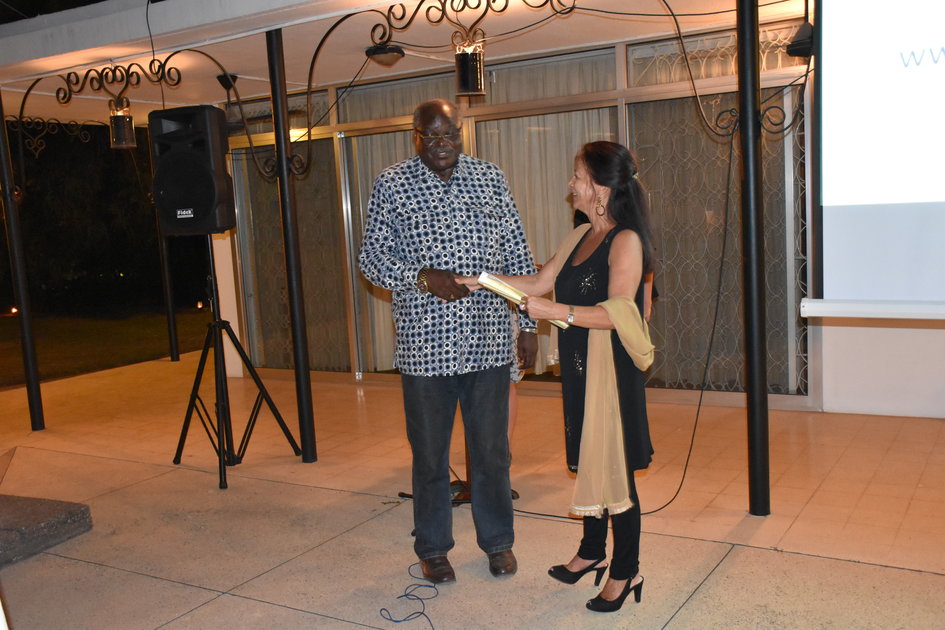 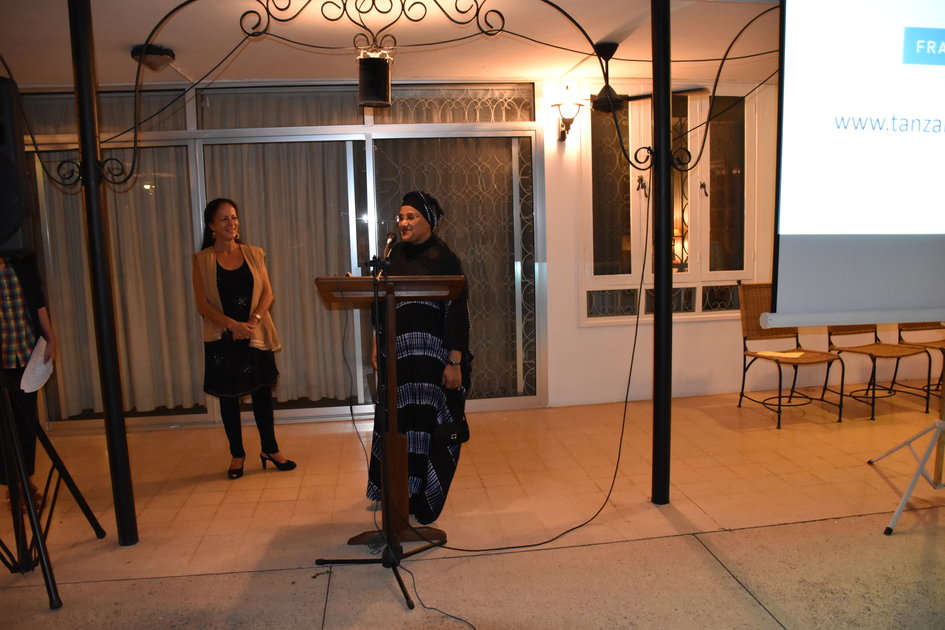 France Alumni is also a worldwide network of ex-students and professionals having studied, lived and often worked in France in the past whether it is for a short or long period of time. The France Alumni Network in Tanzania aims to unite the Tanzanians or the people living in Tanzania that meet those criteria.

France Alumni is also a digital platform www.francealumni.fr that allows numerous francophone and Francophile alumni to keep in touch with France, its universities, its companies and its cultural offers. Thanks to France Alumni, they can network with each other, access training, scholarship, internship and job offers, as well as stay informed of the French cultural and touristic actualities. 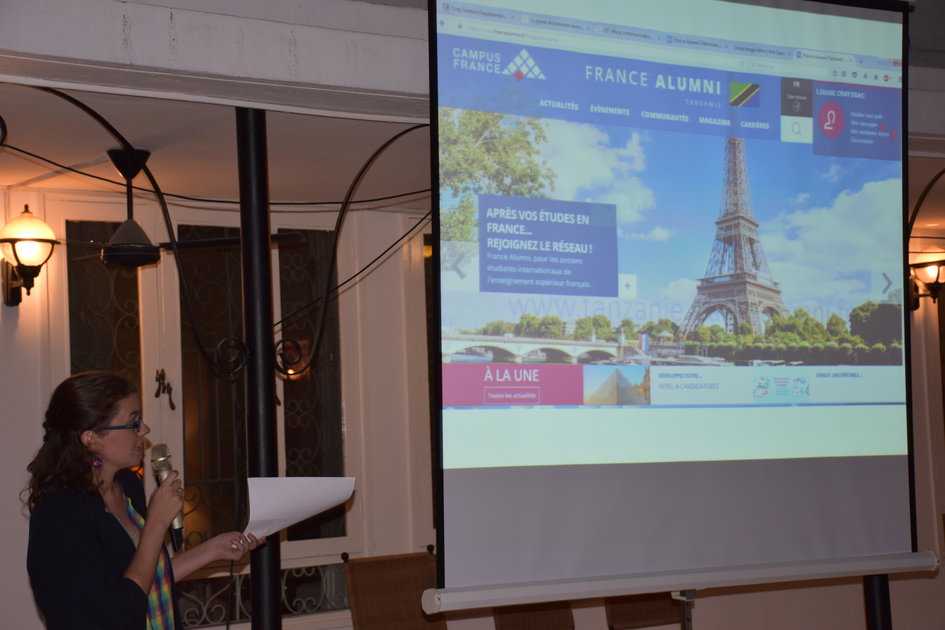 The Tanzanian platform is already accessible for all - www.tanzanie.francealumni.fr. It is the first plateform in Africa to be launched in a non-francophone country. The alumni that were present were in majority French government scholarship recipients as well as the 17 French quality assurers of Tanzania. The winners of the different French competitions (Labcitoyen, Allons en France) also participated as well as some students from the Alliance Française of Dar es Salaam. 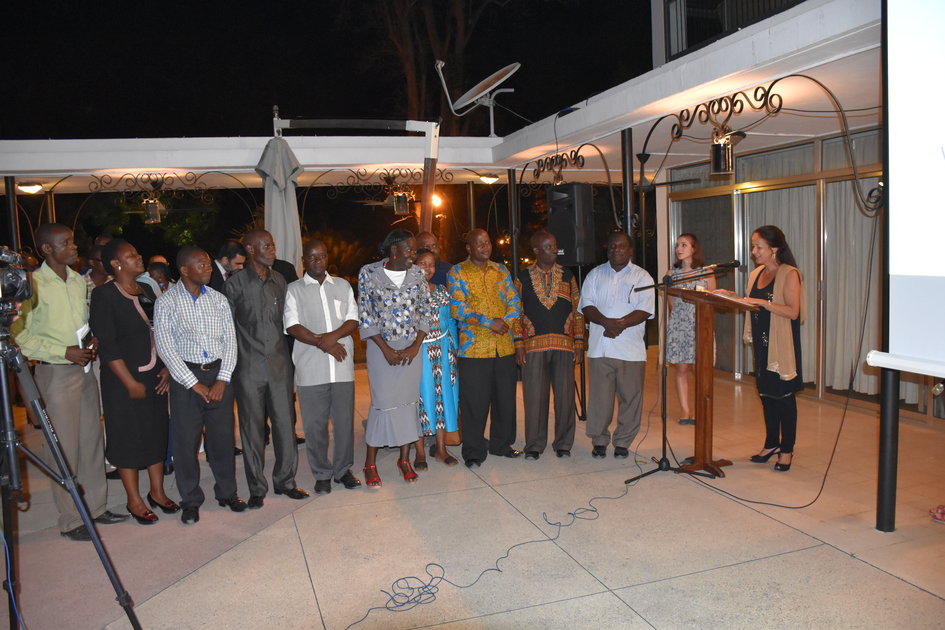 Exchanges between alumni and the discovery of the network were at the centre of the evening. The evening was paced by a projection of the film « French, my success » produced with funds from the FSP 2014-4, different testimonies from scholarship receivers as well as a presentation of the platform. Each alumni present was greeted by named and welcome into the network. 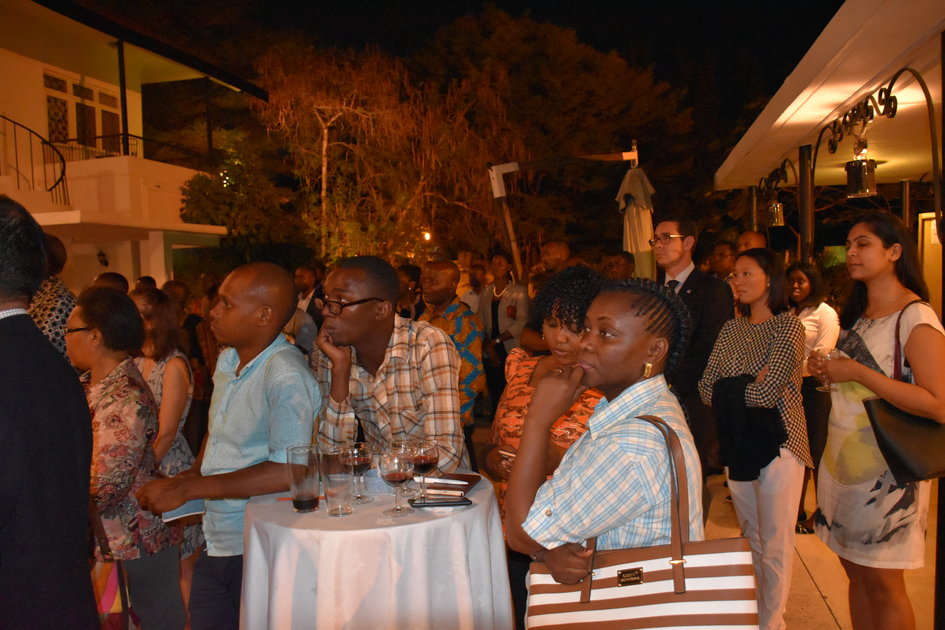 You studied in France? Don’t hesitate to join the network on www.tanzanie.francealumni.fr !