Home page > France-Tanzania relationships > Cooperation > Education and Research > French Teaching in Tanzania > Launch of a ’Koombook’ and closing ceremony of the teacher (...)

On Friday the 16th of September 2016, took place the closing ceremony of the French teacher training as well as the launch of the ’Koombook’ as part of the FSP Project 2014-04 “Support to the French in East Africa and to the African Union”.

Her Excellency Malika Berak, Ambassador of France to Tanzania, was present in Kigoma from the 16th to the 18th of September 2016 to underline the importance of the region to France and the support it has started to put in place.

French is a key language in the Kigoma region as it is surrounded by French speaking countries. Moreover, the presence of Congolese refugees as well as the growing number of Burundian refugees present in the region has increased the need for French education as they are Francophone living in a non-Francophone country.

Following direct demands and needs expressed by French teachers and different stakeholders of the region, both Tanzanians and refugees in the camp of Nyarugusu, to the Ambassador of France, HE Malika Berak, during her visit to Kigoma and the Nyarugusu camp in February 2016 as part of the Francophone Ambassador’s group, the Embassy of France has implemented two different projects in the region of Kigoma.

The French Embassy to Tanzania organised a training for 20 French teachers from the 6th to the 16th of September 2016 in Kigoma municipality.

These teachers include 10 Burundian refugees from the camp of Nyagurusu as well as 10 Tanzanian teachers from the Kigoma region. Two French trainers from the Groupement des Educateurs sans Frontières – GREF – a French non-governmental organisation led the two weeks training on French language and didactic as well as pedagogy. This training was made possible with the cooperation of the International Rescue Committee and the government of Tanzania, through the French Zonal Inspector. The Ambassador of France was present at the end of the training to personally congratulate the teachers and award them with a certificate for completing their training. 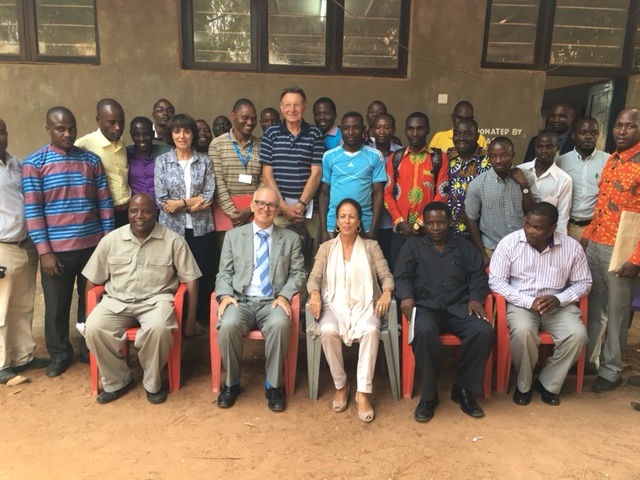 In addition, the French Embassy to Tanzania has financed a digital, innovative and autonomous library, Koombook, created by Bibliothèques sans Frontières (BSF), a French NGO.

This digital library will be donated to Kicora, a local organisation whose aim is to promote French language as a tool for development and reduction of poverty in the Kigoma region. Through this digital library, the people of Kigoma will have access to books, news, training games, teaching materials as well as encyclopedias, especially in French but also in English and in Kiswahili. Under the supervision of Kicora, the Koombook will be made accessible to different schools of the region and to the members of the organisation. The Koombook was officially launched by her Excellency Malika Berak, Ambassador of France to Tanzania, on the 16th of September at the Lake Tanganyika Hotel in Kigoma in the presence of representatives of Kicora, BSF, the local government of Tanzania and French teachers of the region.

Cocktail and launch of the Koombook 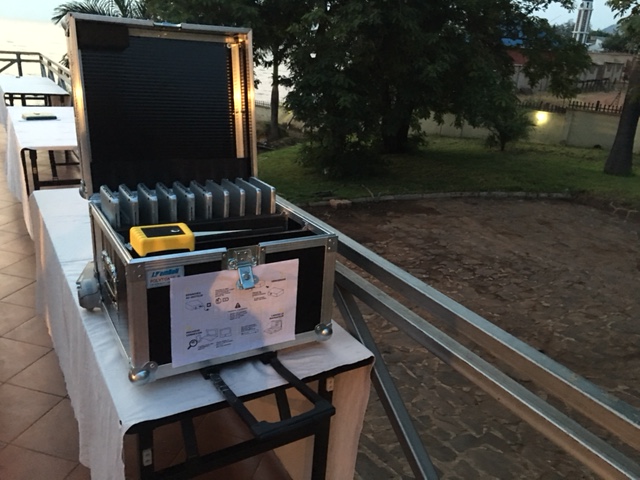 The koombook, a digital and autonomous library developped by the French ngo Bibliotheques sans Frontières