Home page > France-Tanzania relationships > Cooperation > Civil Society > Launch of the Agro ecology project: at the heart of environmental and (...)

Launch of the Agro-ecology project: at the heart of environmental and economic concerns [fr]

The Embassy of France has provided a one million dollar-grant to the Agro-ecology project, managed and co-financed by SWISSAID. Eventually, 8000 smallholder farmers from Mtwara region will benefit from this intervention, and new organic value chains will be developed while preserving the environment and adapting to climate change. 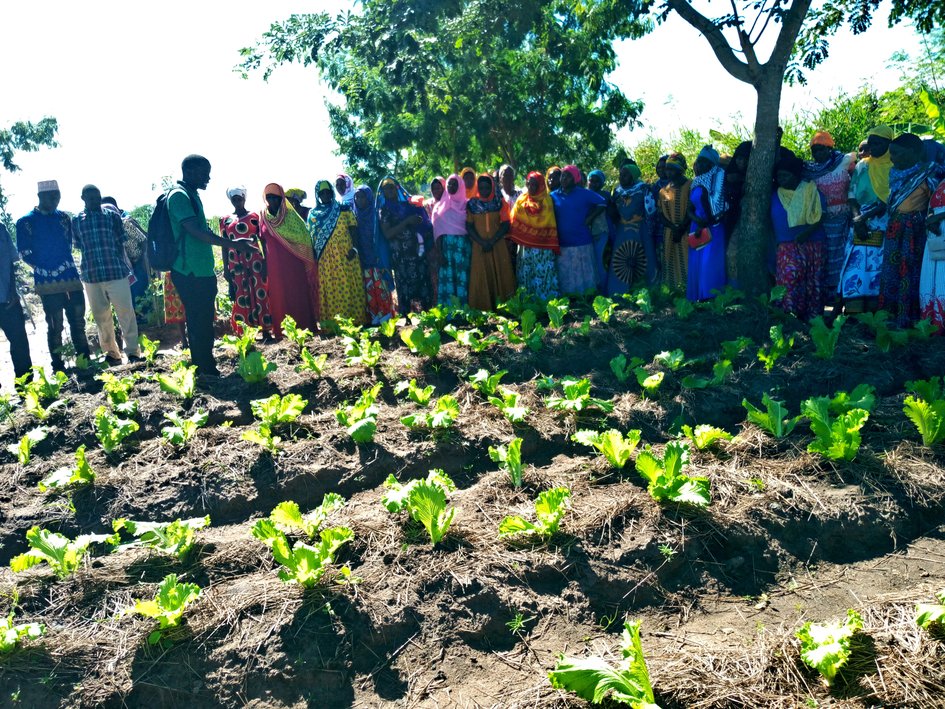 A trainer from SAT explains to a group of smallholder farmers how to use mulching to ensure soil fertility.

On the 20th and 21st of May 2019, the Ambassador of France, H.E. Frédéric Clavier visited Sokoine University of Agriculture (SUA) in Morogoro and met with the Vice Chancellor, Professor Raphael Tihelwa Chibunda. The objective of the visit was to learn more about the Agro-ecology project co-funded by SWISSAID and the Embassy of France and implemented in part by a research team from SUA. The Ambassador of France, joined by the Regional Representative of the French Institute of Research for Development (IRD), David Williamson, took this opportunity to also exchange with the Vice Chancellor of SUA on future national and international research and capacity building partnerships in and from SUA and Tanzania. One of the priorities is to address sustainable agroecosystems and food security in Tanzania and Africa in the context of climate change combined with social, industrial and ecological challenges. The Agro-ecology project is a five-year project (2017-2021), developed by SWISSAID and supported by the Embassy of France to Tanzania with a two-year grant of one million dollars (over 2019-2020). The objective of this project is to improve the sustainable livelihoods of 8000 smallholder farmers in Mtwara region, while protecting the environment and the biodiversity. The approach adopted is a holistic one, covering four main dimensions: (1) agro-ecological production and productivity, (2) efficient agro-ecological value chains, (3) strengthening of about 270 smallholder farmers’ groups and 8 umbrella organizations, (4) validation and documentation of locally adapted agro-ecological practices to support national and international advocacy. This holistic approach is fully aligned with the conclusions of the 10-year research on agro-ecology that was conducted by the French research center CIRAD, with the financial support of the French Agency for Development (AFD). The delegation led by the Ambassador of France to Tanzania comprised all main implementing partners of the project: SWISSAID, Sustainable Agriculture Tanzania (SAT), Tanzania Organic Agriculture Movement (TOAM), Tanzania Forest Conservation Group (TFCG), Sokoine University of Agriculture (SUA) and Swiss Federal Institute of Technology (ETHZ). In addition, the FAO Representative in Tanzania, Fred Kafeero, as well as the Regional Representative of the French Institute of Research for Development (IRD), David Williamson, joined the delegation to discuss with all partners common dynamics and interests, and look at avenues for potential collaboration in the future around agro-ecology and the role it could play in the agriculture sector in Tanzania and beyond in the future. The action of the Embassy of France to Tanzania in the field of agriculture and biodiversity preservation reflects the ambitions of the French government on the agenda for climate change adaptation and mitigation and, closely linked to it, the recent and coming international negotiations on biodiversity protection. In order to accelerate and step-up climate action to deliver high-impact outcomes for African population and to protect biodiversity in Africa, France pioneered the 3rd Edition of the One Planet Summit that was held in Nairobi in December 2018. France also hosted in May 2019 the 7th session of the Intergovernmental Science-Policy Platform on Biodiversity and Ecosystems Services (IPBES), as well as the World Congress on Agro-forestry, and will be hosting in 2020 the World Congress of the International Union for Conservation of Nature as well as the World Congress of the International Federation of Organic Agriculture Movement. The Embassy of France has been sponsoring, and will continue to support, the participation of Tanzanian experts and partners to these various international platforms.