On January 29th, 2018, H.E. Frédéric Clavier officially opened at the Foundation for Civil Society (FCS) headquarters in Dar es Salaam the second session of the “Manage your Grant” training for the four new Tanzanian organizations selected for the Innovative Projects from Civil Societies and Coalitions of Actors (PISCCA) program. 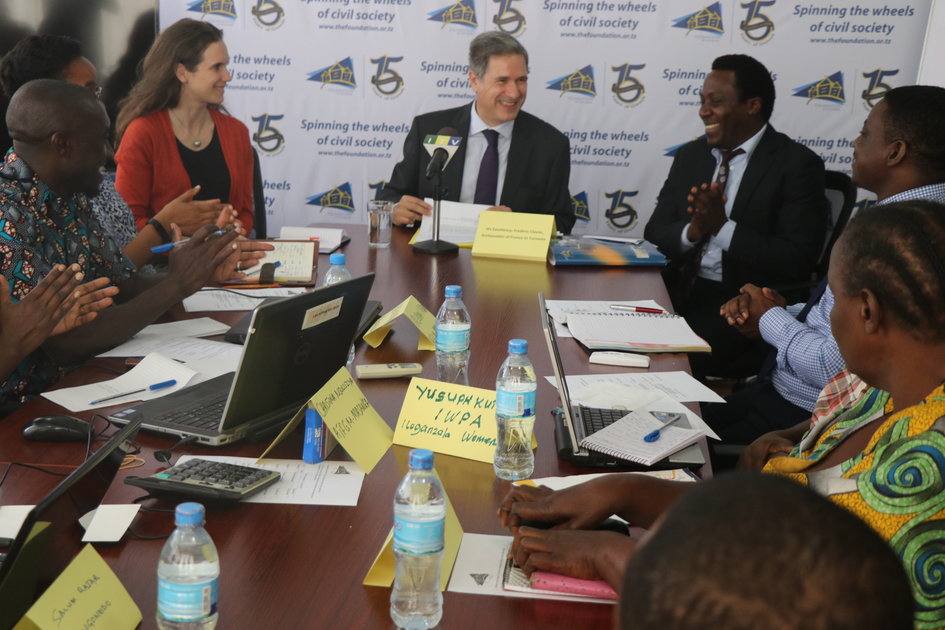 The Ambassador opens the « Manage your Grant » training in front of an enthusiastic audience.

Sharing the wish to encourage local initiatives and strengthen capacities of Tanzanian NGOs, the French Embassy and the FCS provide PISCCA beneficiaries with both a financial and technical support, especially with trainings targeting their needs and regular follow-ups of their projects. 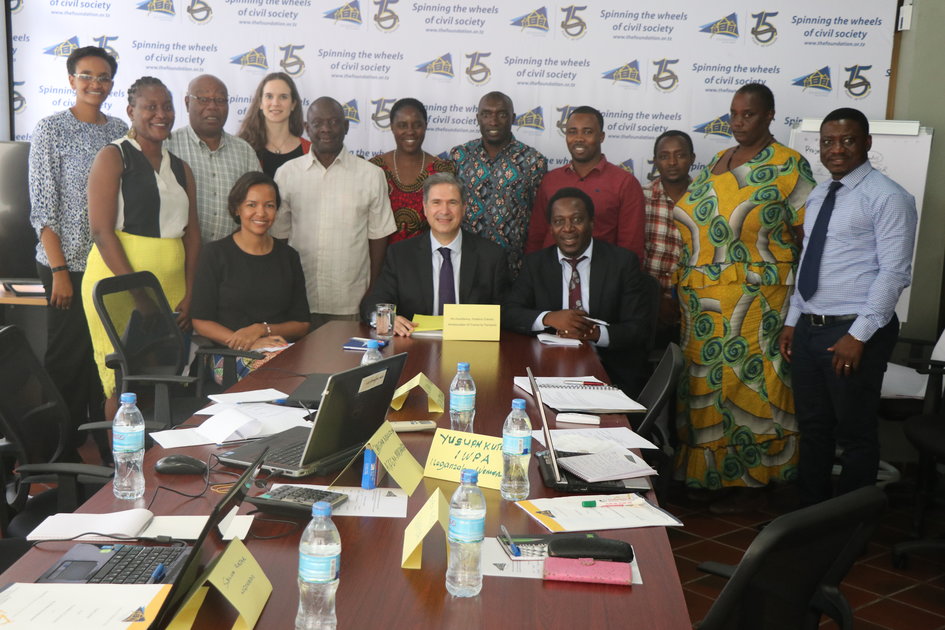 The four new beneficiaries of the PISCCA development fund – Asylum seekers, Ngonedo (NGO network for Dodoma region), ATFGM (Association for Termination of Female Genital Mutilation) and IWAPOA (Iloganzala Women against Poverty Association) – had the opportunity to take part to a two-day grant management training, whose goal was to strengthen their capacity in order to ensure the sustainability of their projects.

In total, 14 Tanzanian organizations have already been selected to benefit from the French PISCCA fund, through which the Embassy of France has been supporting projects from local Civil Society Organizations, in allocating grants out of a total budget of 550 000 Euros (more than 1.5 billion Tanzanian shillings) since 2016. 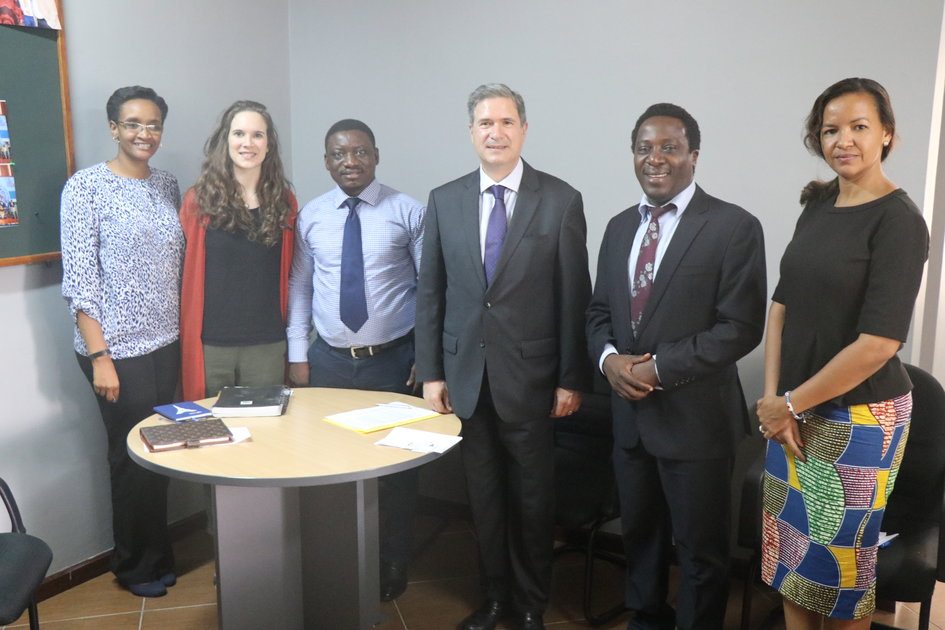 This visit was also the first meeting between the Ambassador and the management team of the Foundation for Civil Society. H.E. Frédéric Clavier and Mr. Francis Kiwanga, FCS Executive director, discussed the Foundation’s activities and its role with the Tanzanian civil society organizations, as well as the strong partnership with the French Embassy which led to the PISCCA program’s successful implementation. 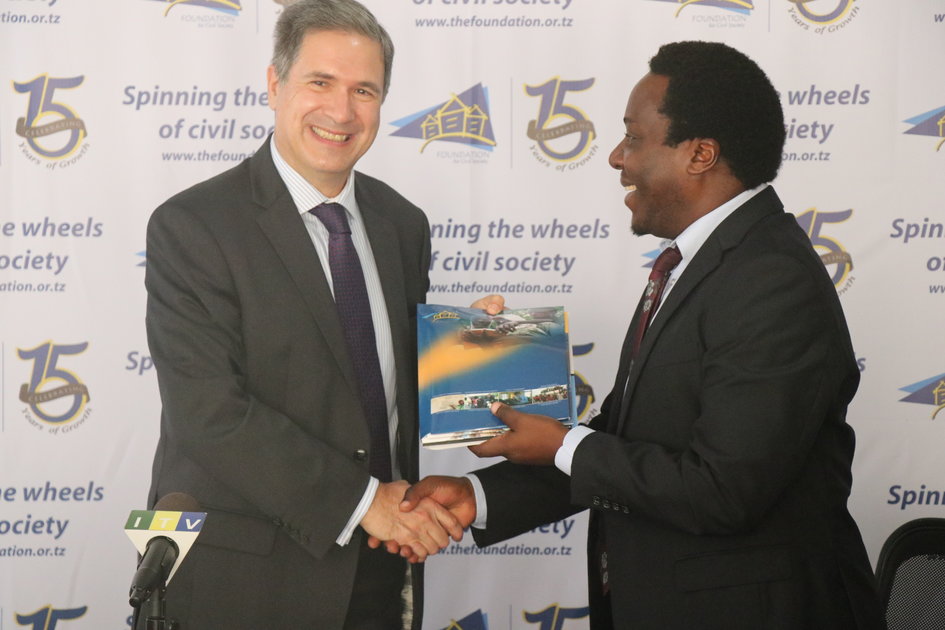