The new Africa-France summit which was held in Montpellier on October 8, 2021 with a new format, new actors, new themes, and new issues had the objective to take a fresh look at the relationship between Africa and France and to provide a new framework for reflection and action to new generations. 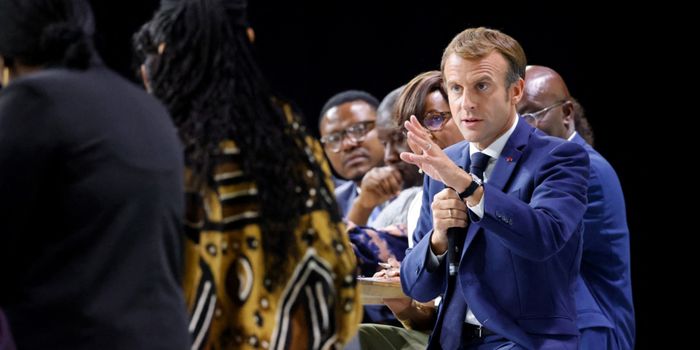 On November 28, 2017, in Ouagadougou, the President of the Republic Emmanuel Macron presented his ambition to renew the relationship between France and the African continent through different commitments. Since then, the Africa-France relationship evolves in all its dimensions : economic, cultural, sports, environmental ...

This summit made a point point on the main priorities

Give the floor to the actors of the Africa-France relationship

The new Africa-France summit wanted to honor those who make our relationship with the continent and which contribute to building a common future between Africa and France : actors from the diasporas, of the Entrepreneurship, cultural fields, civil society, human rights defenders, or the artistic and sporting environment.

Youth has held a central role. It is at the heart of Ouagadougou commitments in education, mobility, governance or economic development and is a source of solutions to meet the great challenges of today and tomorrow.

By listening to these actors of change, this summit wants to question and redefine the fundamentals of the relationship between France and the African continent. The goal is to respond to the questions of youth and create a future-oriented dialogue space.

These dialogues offer each other an opportunity to contribute to joint challenges. Animated by the philosopher, political scientist and historian Achille Mbembe and by a committee of recognized and independent African personalities, they bring together field players who are interested in the future of the relationship between Africa and France.

Twelve countries have launched this process of dialogue since the beginning of the year 2021 : Angola, South Africa, Burkina Faso, Cameroon, Côte d’Ivoire, Kenya, Mali, Niger, the Nigeria, Senegal, the Democratic Republic of Congo and Tunisia. Other countries have since joined the approach.

To involve members of the diasporas and French youth, events are also offered in France.

Among the topics covered :

Program of the new Africa-France Summit

The afternoon of October 8 was devoted to plenary trade between the President of the Republic Emmanuel Macron, and for the Dialogues Africa-France, Achille Mbembe and a dozen young African and French talents. These exchanges are the point of origin of the organized dialogue process since the beginning of the year 2021. 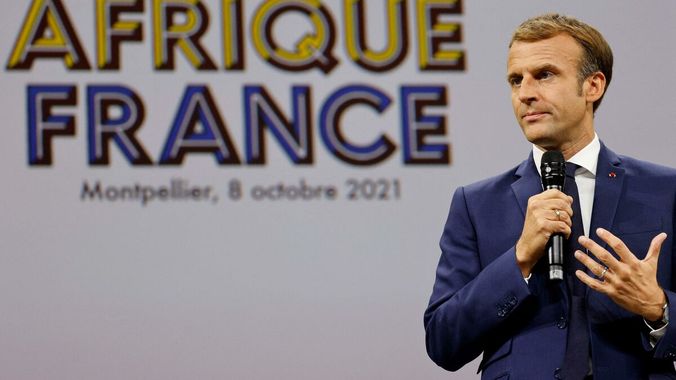 Emmanuel Macron closed the Africa-France summit by announcing several measures to strengthen the links between France and the countries of the African continent.

An innovation fund for democracy

A new fund will be created with an envelope dedicated to € 30 million over three years that will aim to support the actors of change on the African continent. A committee of African, French and Franco-African personalities of civil society will decide the guidance of this fund. The results will also be evaluated.

"A prefiguration mission" will make it possible to draw the contours of this future home of African worlds and diasporas. In addition to its cultural vocation, it will aim to generate the debate of ideas, research and entrepreneurship. It will be presided over by Achille Mbembe.

Digital Africa will enter a second phase with the financing of digital ecosystem development projects on the African continent. A bottom of 10 m euro grant for three years will be accompanied by a labeling of the selected projects in partnership with Proparco.

A support fund will be created to promote the reception of exhibitions and the circulation of works. An amount of 300,000 euros will be devoted to it under the auspices of the Ministry of Culture for three years.

The reception of French and African heritage professionals will be encouraged for a period of one to three months in a French museum around a project.

Scholarships in the field of heritage will be launched. There is talk of a Franco-German partnership.

The "Culture Access" program which aims to finance cultural prejections with the African continent will be expanded and complemented by 2.5 m of additional euros. The Fund of Mobilie "Culture in Sahel" will be abundant by 150,000 euros.

A device will be put in place to promote cross-mobilities of students between France and Africa, particularly with regard to double degrees. 250 French students and the African continent will be concerned.

A sport-education program will also be created to support African sports academies, with an additional contribution of 4 million euros, implemented by the French Development Agency.