Refresher training for Tanzanian and Burundian teachers of French

The French Embassy is organizing a training in Kasulu (Kigoma) for Tanzanian French secondary school teachers of the Kigoma region and Burundian ones from the refugee camp of Nyagurusu from the 20th of November to the 15th of December 2017. 46 secondary school French teachers will benefit from two two-week training sessions, implemented thanks to the joint effort from the French Embassy, the local education authorities as well as the International Rescue Committee (IRC).

This training provides, among others, educational development for Burundian teachers who give courses to children in the Nyarugusu refugee camp. For the record, the Nyarugusu camp is hosting more than 130 000 refugees of which more than half are Burundian and the majority are children.

The two sessions are led by three professional trainers from the French organization Groupement des Educateurs sans Frontières (GREF). The training of the first group of 23 teachers started on the 20th of November in presence of representatives of all project partners: Oscar Kashabano, French Zonal Inspector, Mutalemwa Rutizibwa, IRC Senior Education Manager, Zabron Bisukaye, Headmaster of Kasulu Secondary School and Louise Crayssac, Cultural Attaché of the Embassy. The second session will start on the 4th of December. 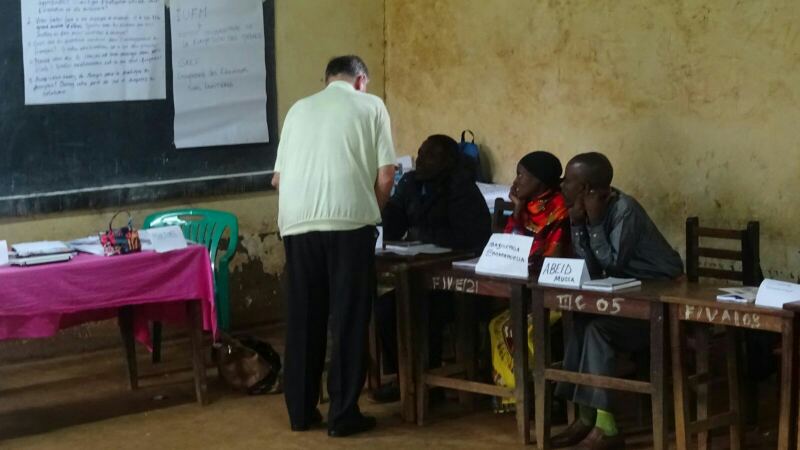 These training sessions are organized as part as the French Embassy’s continuous effort to promote the French language and to support French teachers across Tanzania, including in the regions hosting refugees. This commitment had already been shown in September 2016 when 20 Tanzanian and Burundian teachers participated in a similar training in order to hone their teaching skills.