From the 2nd to the 4th of November, 2016 the French Embassy to Tanzania, in cooperation with the East African Community (EAC), and with the support of the French Ministry of Foreign Affairs and International Development, is organising a regional seminar on “East African Community: Exchanging and Trading with the Francophone World” at the EAC headquarters in Arusha.

This seminar was launched on the morning of Wednesday the 2nd of November by H.E. Mrs Malika Berak, Ambassador of France to Tanzania and H.E. Amb. Liberat Mfumukeko, EAC Secretary General.

The aim of this seminar is to raise awareness on the added value of multilingualism and, more specifically, of knowing French for trade and exchanges at regional, continental and international levels.

As stated by the Ambassador of France to Tanzania during the opening, “French is a language spoken in East Africa, a “neighbourhood” language, a language of business. […] Multilingualism is a major asset to be promoted to the youth. […] Cross border activities are very important within the EAC as well as with its neighbouring countries. The development of these activities includes the ability to share one or several regional languages and the ability to speak one of the continental languages.”

During his opening speech, the Secretary General of the EAC underlined the following message “We as a regional body need to (…) therefore to be open to different languages as we expand in addition to the current languages recognised by the Treaty, that is, English and Kiswahili. The 15th Ordinary Summit of EAC Heads of States requested the EAC Secretariat to look into the possibility of including French as a working language of the Community. In addition to this, a recent assessment by the European Union also recommended that EAC should develop modalities of including the use of French especially when advertising for tenders within the region to provide for the Francophone Partners States.”

This seminar unites representatives of the EAC and of the French Embassies in Burundi, Kenya, Rwanda, Uganda and Tanzania, the EAC business council Director General, Lilian Awinja, as well as representatives of the African Union Commission and of the International Organisation for Francophonie. In addition, academics from different universities of the region (University of Nairobi, Makarere University, Open University of Tanzania, University of Burundi…) are also present. The Head of the Education Cooperation unit, Mrs. Odile Cobacho, is representing the French MFA. On the economic side, multiple companies are contributing to the round tables and the discussions, more specifically on tourism and hospitality.

This regional seminar ends on November 4th. All participants will return get back to their respective countries with relevant tools and advocacy material to contribute to the promotion of multilingualism and of the French language within EAC and the African Union. 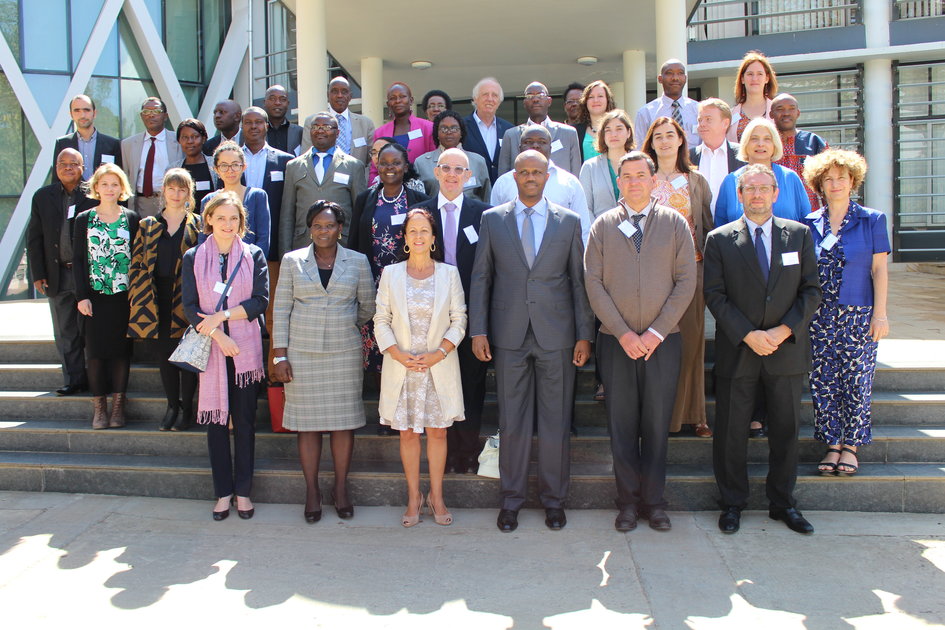