Retrospective of the visit of the senatorial delegation to Tanzania [fr]

From March 1 to March 8, the Embassy received the visit of a delegation of six French Senators from the Committee of Sustainable Development, led by its Chairman, Senator Hervé Maurey.

The purpose of this parliamentary tour was to deepen cooperation between France and Tanzania in various sectors such as sustainable development, agroecology, tourism, and even vocational training.

During these eight days, the Senators had the opportunity to hold a series of high-level meetings with ministers and do visit projects funded by the Embassy or the French Development Agency (AFD). By traveling across the country, the Senators were able to get as close as possible to the development issues faced by Tanzania and for which France can provide political, technical and financial support.

The Senator’s delegation started its tour in Zanzibar where she went in first place to FumbaTown, the first eco-neighborhood of the archipelago. This innovative and ambitious neighborhood is built around the general principle of sustainable development, thus covering the issues of preserving the environment and biodiversity, preserving the health of its inhabitants and equitable sharing of resources. The principles of circular economy, waste management and treatment, renewable energy, perma-culture and integration of local communities are the pillars of this project. This project, which will ultimately welcome 15,000 people. 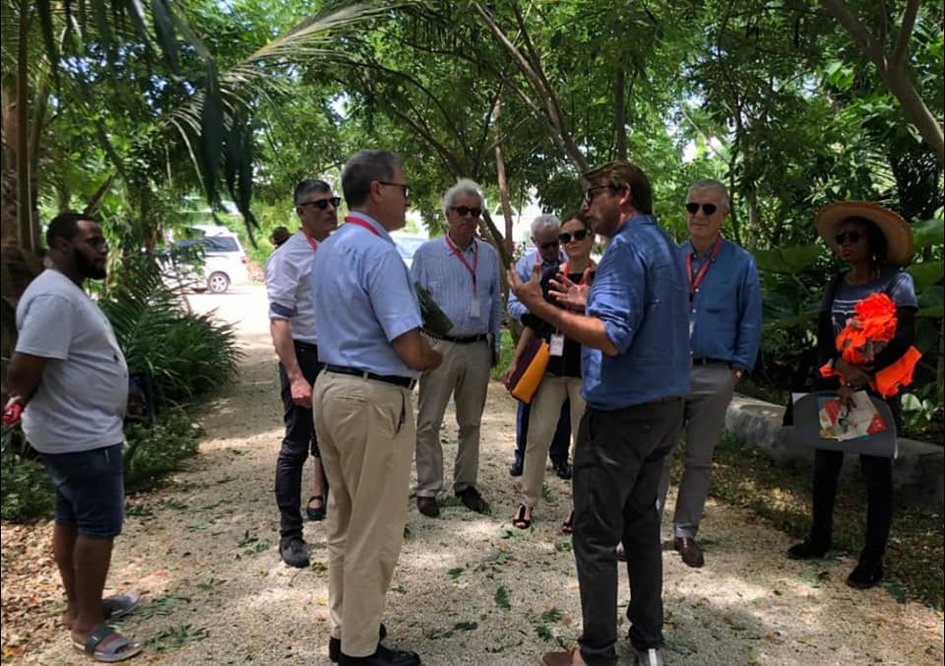 They pay a visit to the French Navy patrol ship "le Malin", which was for a few days in Stonetown before sailing out again on a surveillance mission in the Indian Ocean. The Senators met the Captain Morgan Moutoulatchimy and his crew to discuss about the issues of piracy, security and peace in this ocean, where France plays a strategic role. 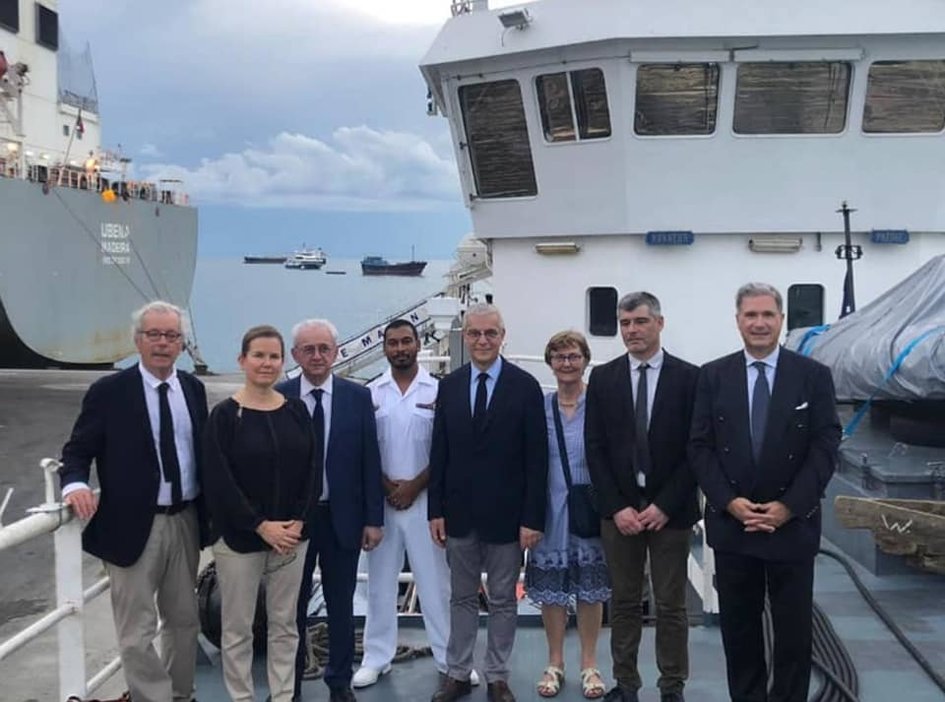 Upon their arrival in Dar es Salaam, a press conference was organized with the Ambassador, H.E. Frédéric Clavier and journalists from the Tanzanian English and Swahili national media. The Ambassador presented of cooperation between France and Tanzania and recalled France’s commitment to support sustainable development in Tanzania (agroecology, sustainable cities, urban transport, water and sanitation, solar energy, waste management, environmental protection, etc.). The Senators told the journalists that their presence in the country for a week demonstrated the desire to strengthen our bilateral relations and our cooperation on sustainable development and environmental protection.

They also had the opportunity to visit the infrastructure of the Bus Rapid Transit (BRT) of Dar es Salaam, which is a green public transport service whose project is to reduce air pollution and reduce the heavy traffic that the city knows today. The day continued with a visit of a plastic recycling site.

In Dar es Salaam, the Senators held high-level political meetings with the Deputy Minister of Foreign Affairs, Hon. Damas Ndumbaro and with the Minister of State in Vice President’s Office, Union Matters and Environment, Hon. Mussa Azzan Zungu. These meetings provided an opportunity to discuss how to strengthen relations between our two countries, mainly in terms of international cooperation, sustainable development and protection of biodiversity. The Senators stressed to ministers their desire to consolidate our relations and our cooperation on biodiversity and sustainable development. 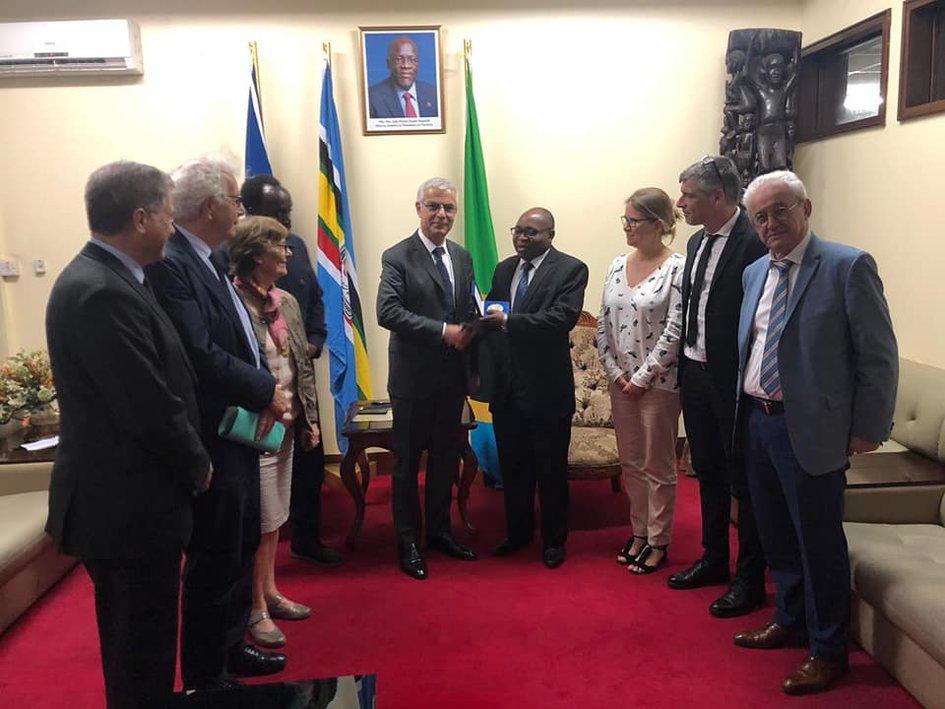 The delegation then went to Morogoro to meet the NGO Sustainable Agriculture Tanzania (SAT) and to visit its major agroecology project in collaboration with the Embassy, which granted a subsidy of 1 million of dollars. By creating the country’s first training center in 2012, SAT became a pioneer in the agro ecologic sector. Its objective is to strengthen the sustainability of the livelihoods of small holder farmers while contributing to the preservation of biodiversity and the environment. 8,000 farmers in the Mtwara region will benefit of this program and will be able to develop agriculture respectful of the environment and producing the food needed by the population. Janet Maro, who’s in charge of this project will also be invited to the Africa-France Summit which will take place in Bordeaux in June 4 to 6 2020 on the theme of the "sustainable cities and territories". 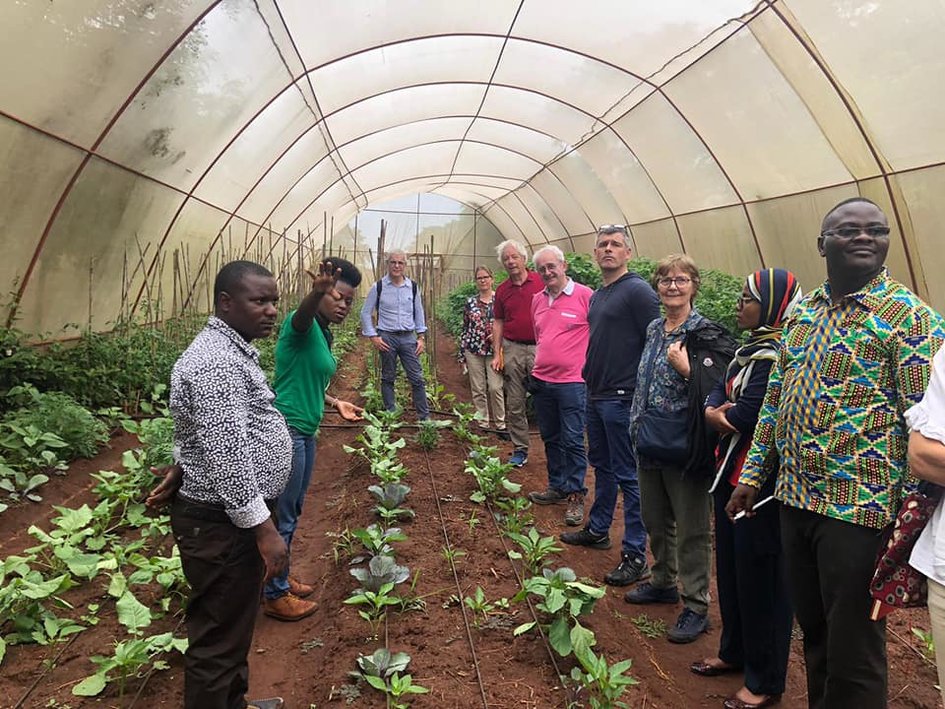 This trip to Morogoro also provided an opportunity for the Senators to visit the facilities of MORUWASA (Morogoro Urban Water Supply and Sanitation Authority) to learn about the access to water and sanitation project. The French Development Agency has granted a sovereign loan of 78 million USD to the Tanzanian government to finance this project, which will guarantee to the residents of the municipality an access to water and will improve the city’s sanitation service. This project will also improve the living conditions of the population of Morogoro and its economic development through the extension and the improvement of drinking water and collective sanitation services. 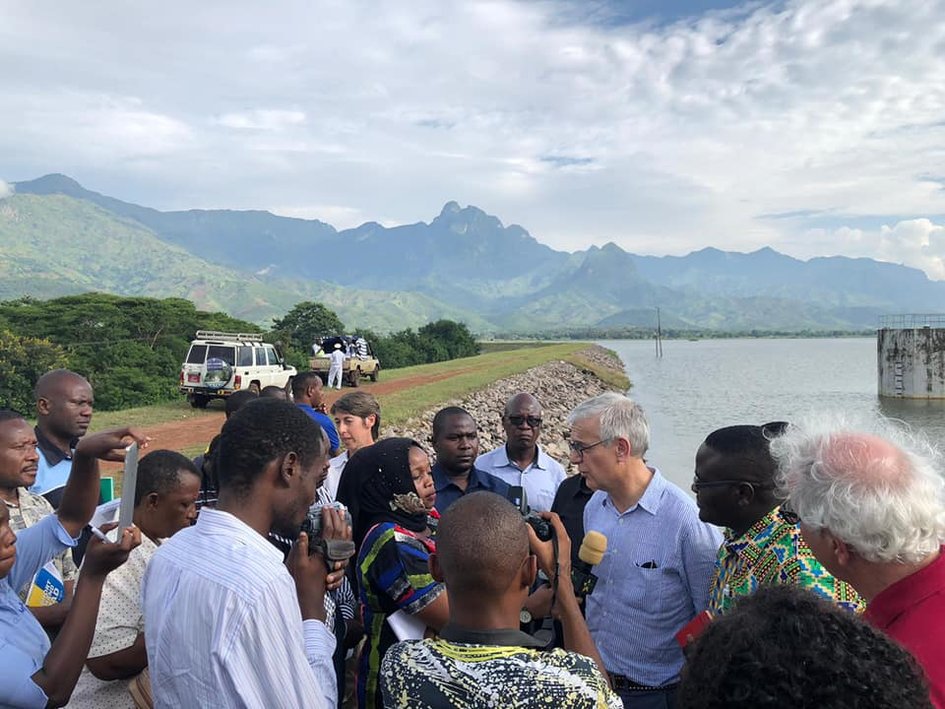 Finally, to complete their tour in Tanzania, the Senator’s delegation went to Arusha to visit the KIITEC education center which is a training institute founded by French engineers in 2004 with the aim of helping young Tanzanians to acquire and develop technical skills in the renewable energy sector: solar panel, biomass, wind and micro- electricity. The center is also financially and materially supported by Action for Development Education International (ADEI-French), the Schneider Electric Foundation, Electricité de France (EDF) and the University of Grenoble, among others Symbol of its success, KIITEC is poised to become the “center of excellence” for all of East Africa in education and research in renewable energies. 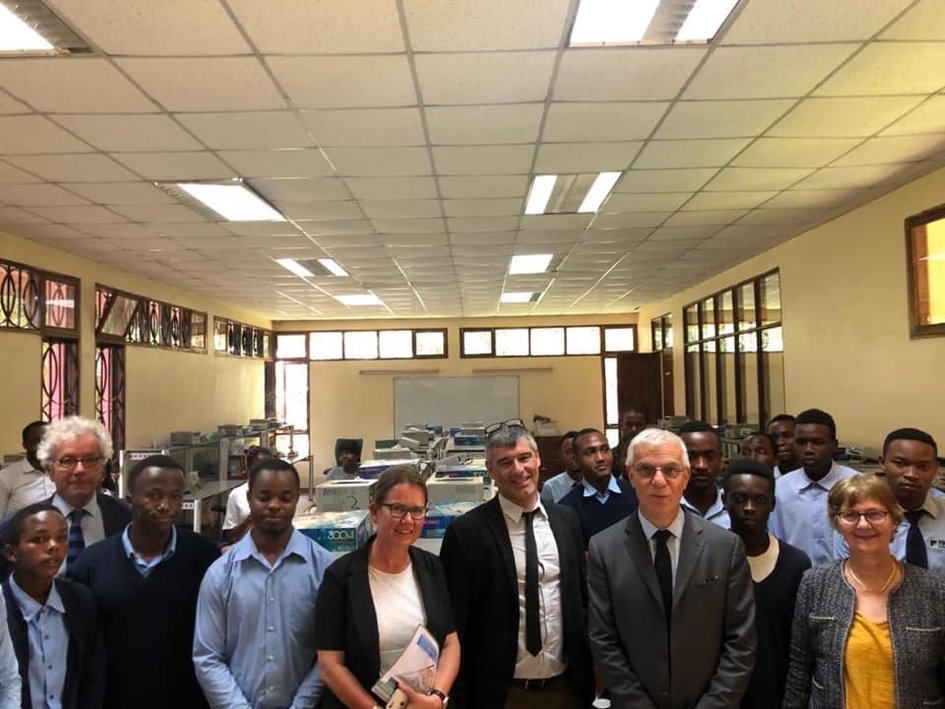