The Agence Française de Développement (AFD) and the Ministry of Finance of the United Republic of Tanzania signed a Credit Facility Agreement for a concessional loan of 14 million euros, on October 9th 2015, in order to finance the Geita-Nyakanazi power line. This agreement was co-signed by H.E Mrs Malika Berak, Ambassador of France in Tanzania.

The project, cofinanced by KFW and the European Union, will allow Tanesco (Tanzania Electric Supply Company Limited) to construct a transmission line between Geita and Nyakanazi, extend and construct electrical substations in the area, and provide electricity to rural communities in the Nyakanazi region. 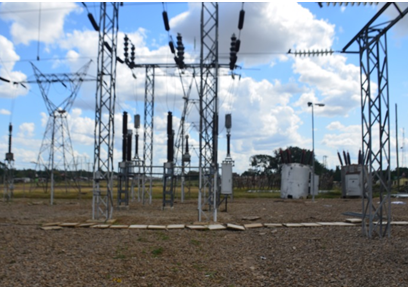 This infrastructure will contribute to the connection to the future Rusumo Fall hydropower plant to the national grid, which will decrease the cost of electricity production and increase the part of renewable energy in the Tanzanian mix. It is a first step in facilitating a regional electricity interconnection and power trading with neighbouring countries such as Uganda, Rwanda, and Burundi.

With a total commitment of EUR 78 million, the energy sector is one the priority of AFD activities in Tanzania.